Why I Bought it

I’ve been riding dirtbikes since I was 13. Mainly motocross and enduro and my current enduro bike is the KTM 350 EXC-F. I got the KTM 990 R after having a go of my mate’s one and I got hooked. I don’t race as much anymore and enjoy the social side of riding, and adventure riding was the next step, so I bought the 990 R. It is the first adventure bike I’ve owned after years of riding motocross and enduro bikes and I love it.

I bought it stock off the showroom floor and since then have fitted it out for adventure riding. You sometimes get caught out in the dark on rides so I fitted some better headlights and LED driving lights. We try to stick to the dirt so I fitted knobby tyres and got the suspension revalved and resprung for my weight. It has crash bars, bark busters and a bashplate to protect its vital parts if I crash. The engine is stock, but it does have twin Akrapovic mufflers.

How does it go

It is a great bike to ride. KTM knows how to make a fast bike and you can see its enduro designs all over the adventure bike. It’s very fast on singletrail, but because it’s heavy, it soaks everything up which makes for a very smooth ride on the road. You do have to ride it a bit like a motocross bike, but that’s how I like to ride.

Who should buy one

This is a bike I would recommend for the experienced rider. It’s very fast and very heavy and it only starts to work well once you ride it fast. You can ride it like a motocross bike and that’s why it works well with an experienced rider. For a learner or younger rider it would be a little bit intimidating. 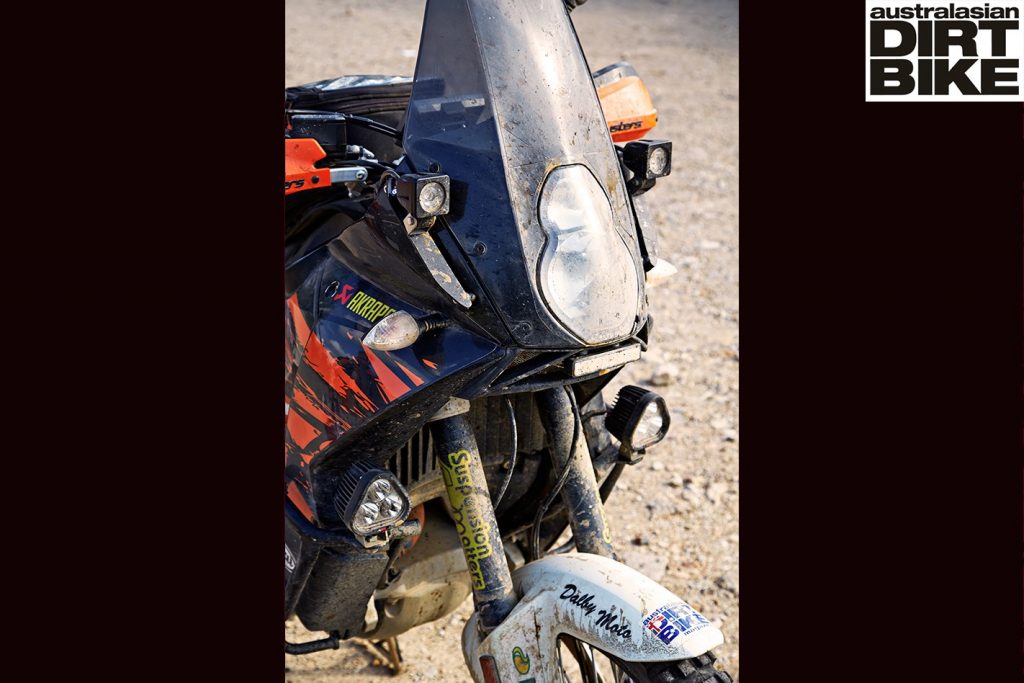 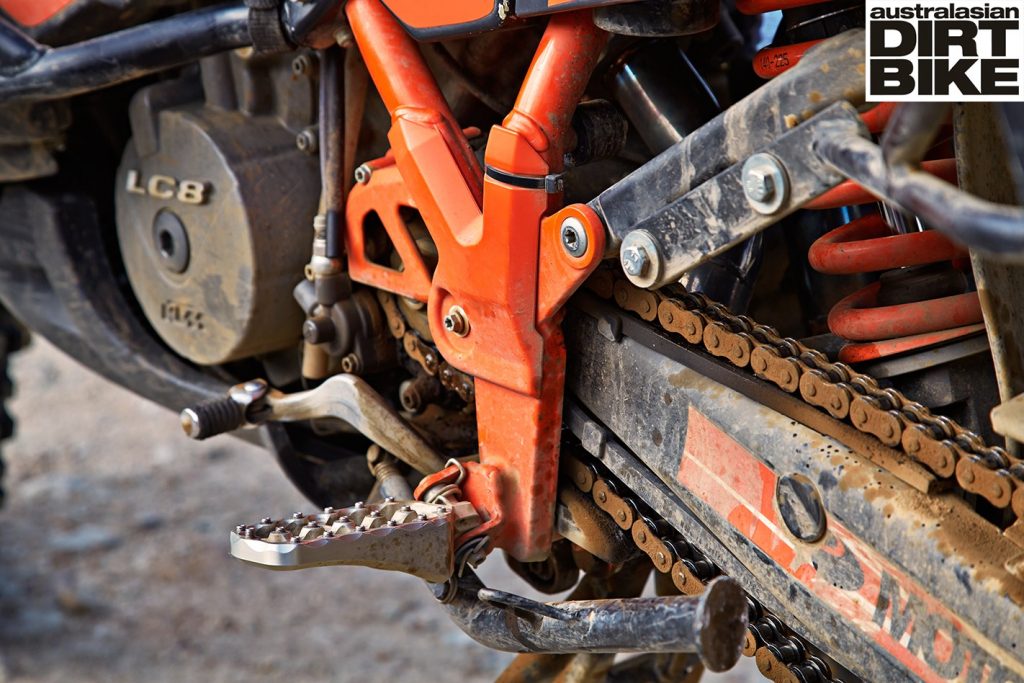 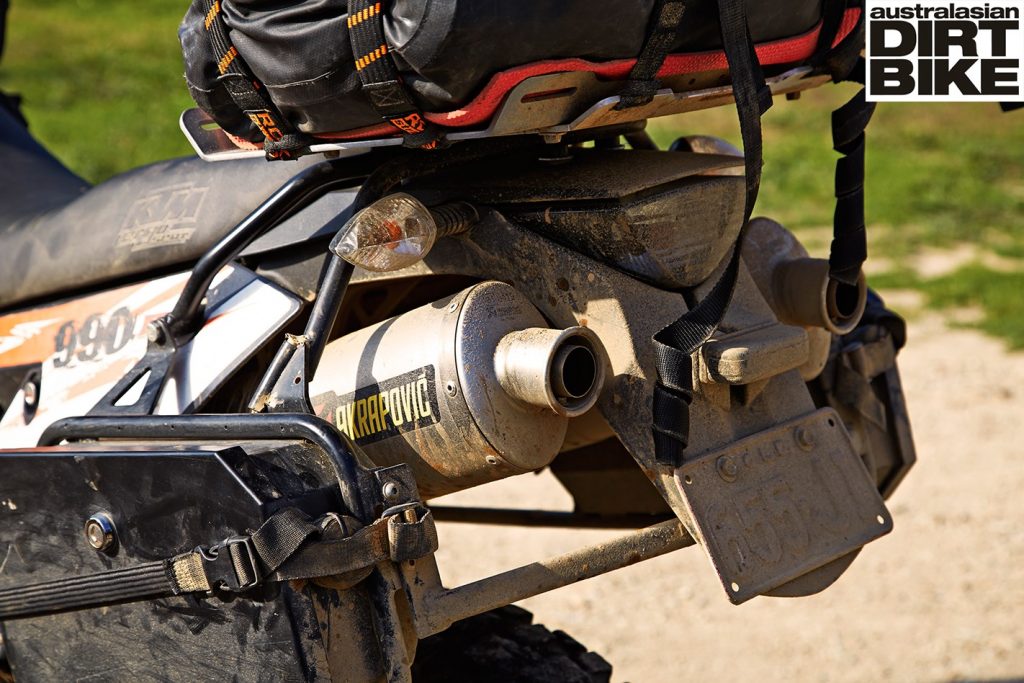 1. It was the last of the 990s to be sold in Australia
2. John has been riding since he was 13 but the 990 is his first adventure bike
3. A steering damper is the next accessory John will fit
4. The stock tyres were replaced with knobbies to better handle the off-road riding John does
5. It’s so quick through singletrail it can carve up some smaller enduro bikes