With many manufacturers competing for sales, and a vast range of machines on the market, enduro fanatics are truly spoilt for choice.

Gone are the days of having to live with a high-revving 250cc or to tame a 450cc or 500cc powerhouse. We now have a mid-capacity class that can give us the best of both worlds.

Most European manufacturers have come up with their own distinctive contenders for this booming category which leaves us with the Sherco SEF-R 300, Beta’s RR350 and two Austrian/Italian/Swedish cousins: the KTM 350EXC and Husqvarna FE350. Beta also has a second option in the Beta RR390.

We decided to put these bikes against each other to see the benefits of each. Ed Mitch Lees was joined by Otway Offroad’s Con Thermos, Isle of Man TT racer Cam Donald and ADB Enduro Editor Jake Stapleton to test the bikes. The venue was Paddy’s Swamp in Con’s stomping ground of the Otway’s.

While you can read the complete feature in the April issue of ADB, here is a sneak peek at what was said about each bike.

The Beta 350 RR feels most at home in tight and technical terrain due to its agility. This was most noticeable when riding the single-track sections that seemed to have endless switch backs. The 350 Beta really allows you to keep a constant and smooth flow through these sections and avoid riding with an unsettling, stop and start pattern.

The Husky has great handling. It really swallows any type of terrain you throw at it. The 4CS fork soaks up small chop easily and the WP shock with linkage seems to allow the rear of the bike to squat just enough to keep the rear wheel tracking across rough terrain.

The 300cc Sherco feels much more like a beefed up 250cc than a 350cc and the style required to make the bike work is in tune with this characteristic. Once I started riding with more aggression and begun revving the engine, the 300 really started to perform.

Team Orange has once again done a sterling job on the updates for this model. If you wanted to take a bike out of the crate and go racing, then the KTM is your machine. The KTM handled race pace through rough sections incredibly well and made you feel as though you had everything under control.

Like the 350, the RR390 is very agile and most at home in tighter sections of trail. You can take a slightly different approach to these tight sections on the 390 and allow the bottom end to chug along while short shifting.

The question is which bike won what? Well to find out, you’ll have to grab a copy of ADB issue #427 when it hits the stands on Monday March 2! 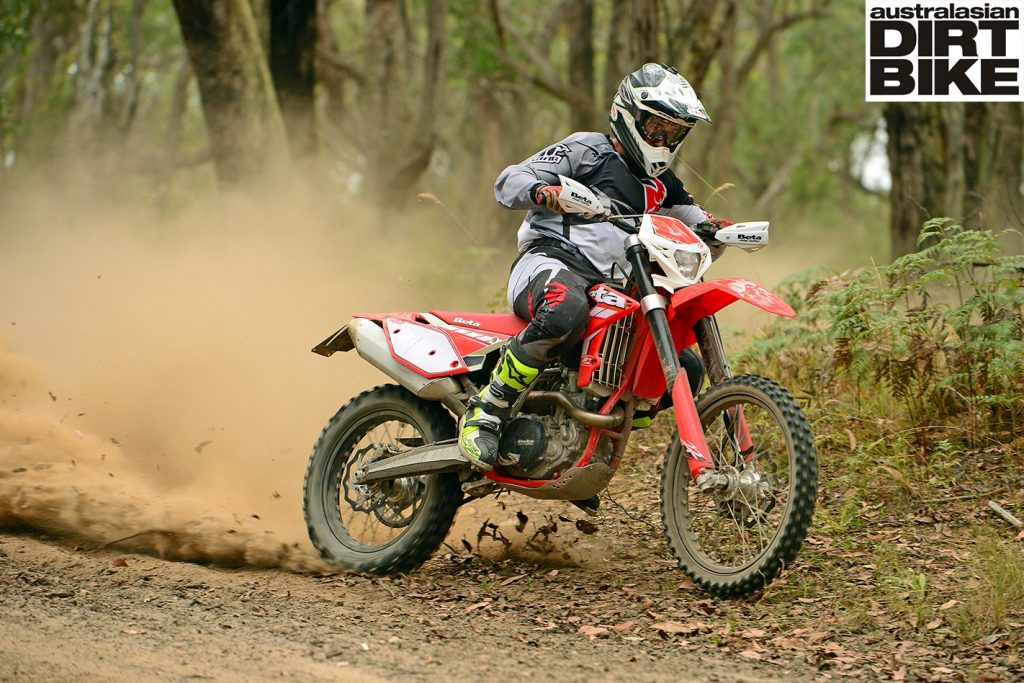 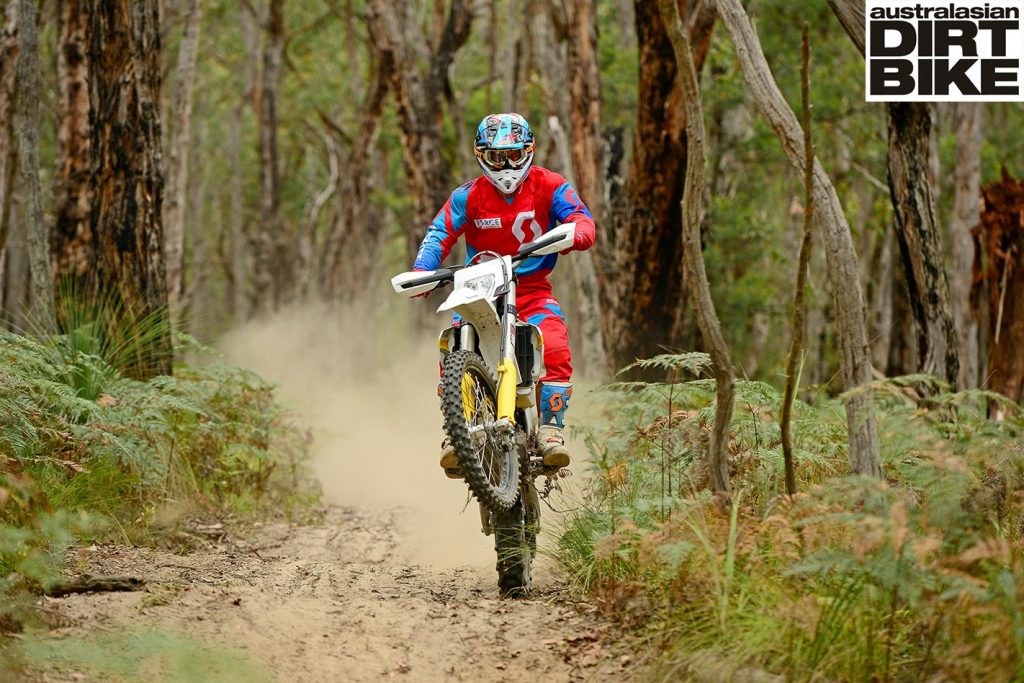 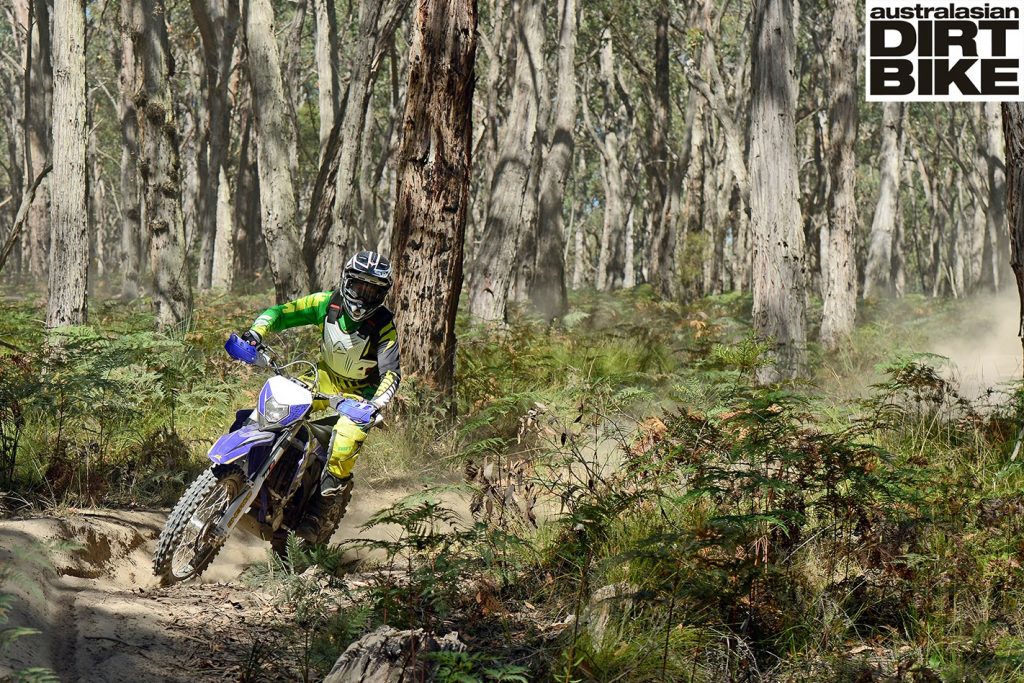 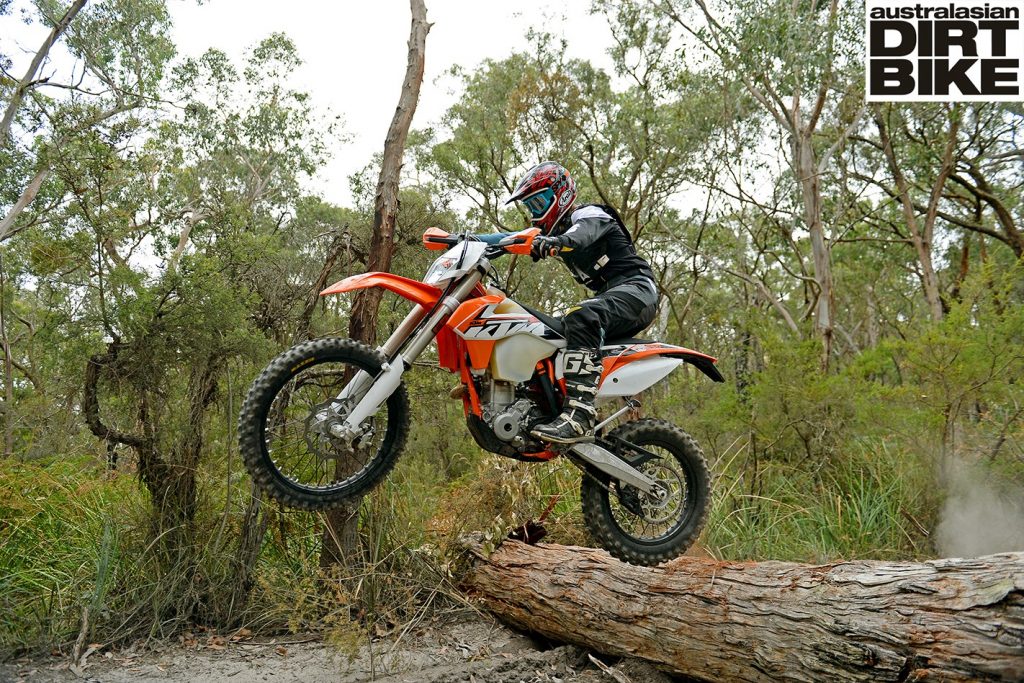 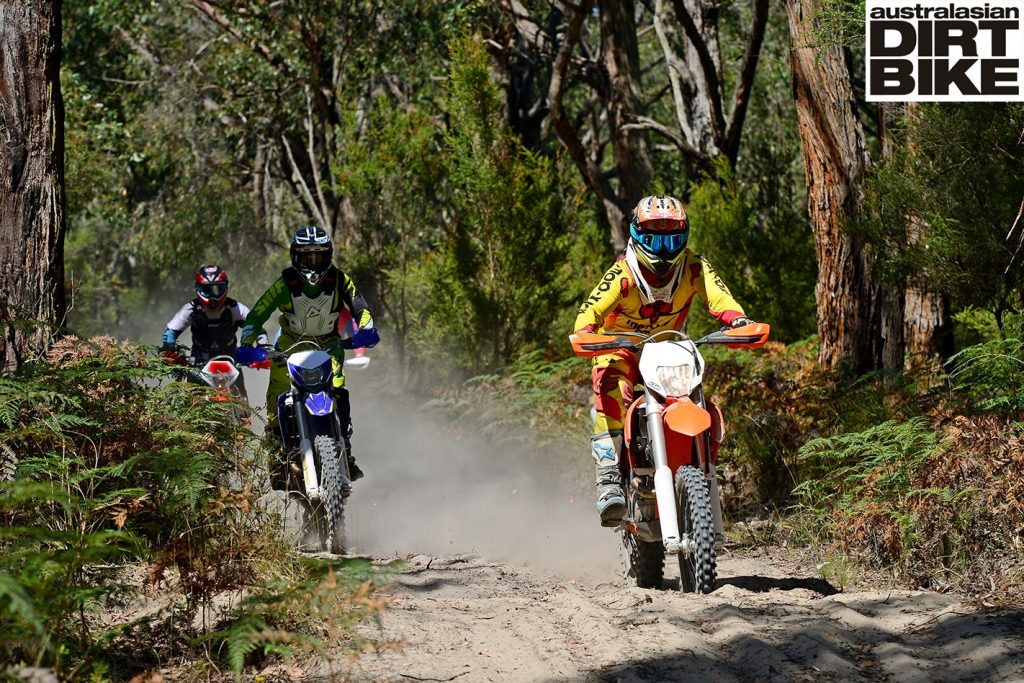 ADB reader Zack Kerlin gives us a tour of his pride and joy, his 2018 Yamaha YZ85 motocross weapon!

It's been just over a month since I first threw a leg over the Sherco Six-Days 450SEF-R and I gotta say, I am way more comfortable on it already than I thought I’d be, considering I’d never owned a Sh