The KTM 65 SX and Husky TC 65 clutch is a little different compared to most others.

Being that the KTM 65 SX can have hard-charging groms on their backs who are tough on clutches and cause them to wear out much more frequently than they do on full-size bikes. For this reason I have decided to give you guys [parents, of course] the run down
on how to change a clutch on one of these little weapons. 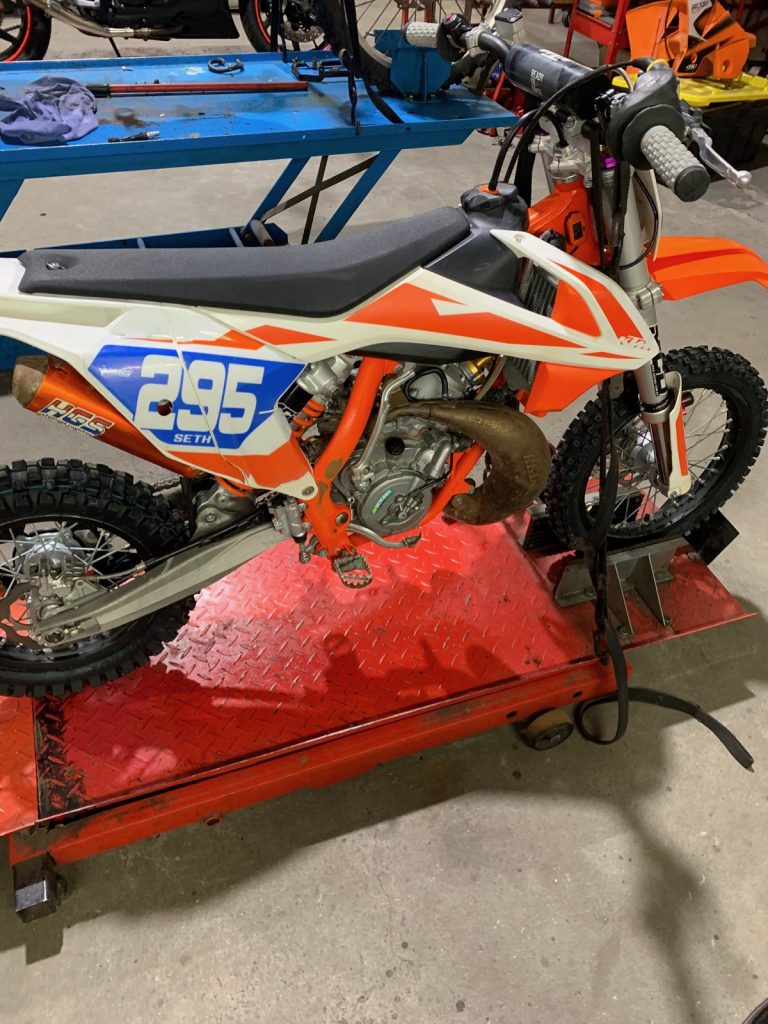 Strap the bike to a hoist or sit it on a sturdy pitstand so you can work on it without it rocking or falling over. I prefer to use a bike hoist so I’m not bending over for too long. 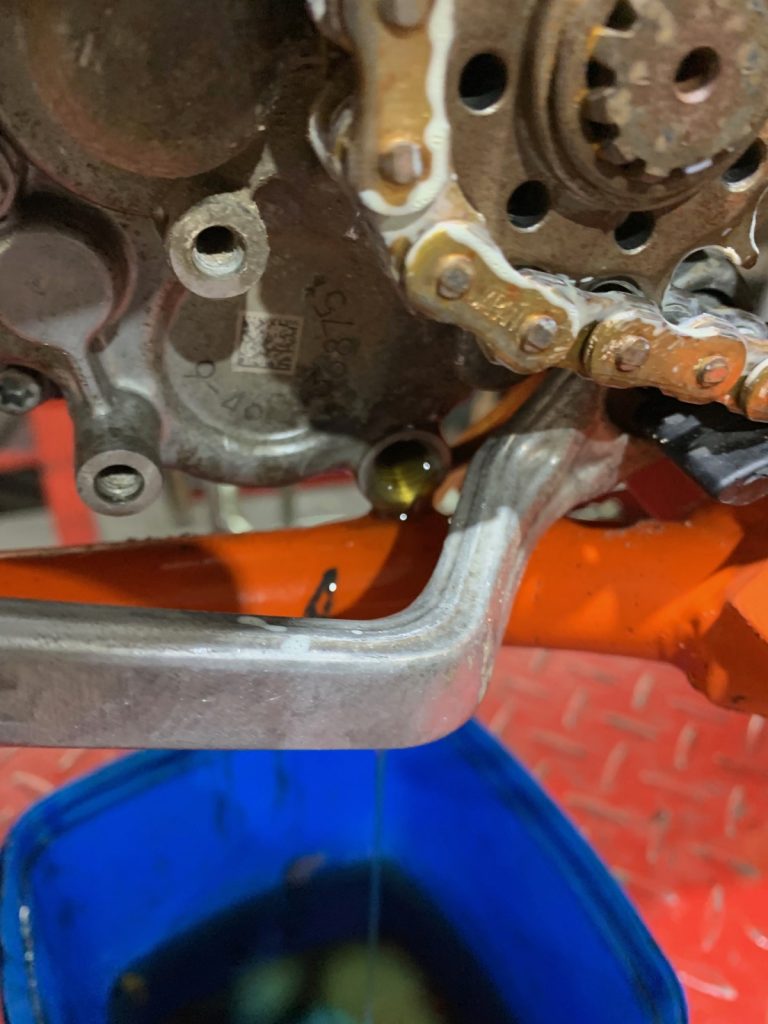 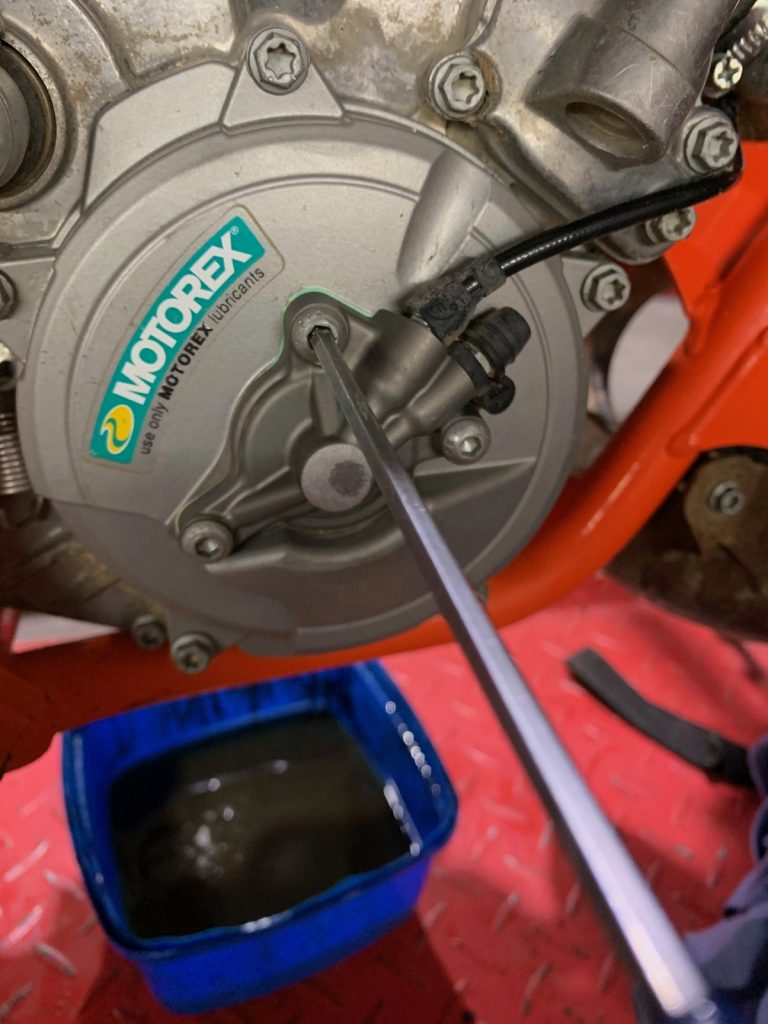 Once you have drained the oil, remove the brake pedal and clutch slave cylinder from the clutch cover by removing the three Allen-head bolts holding it in place. You do not need to remove the hydraulic line; leave it connected and just hang the slave cylinder to one side. 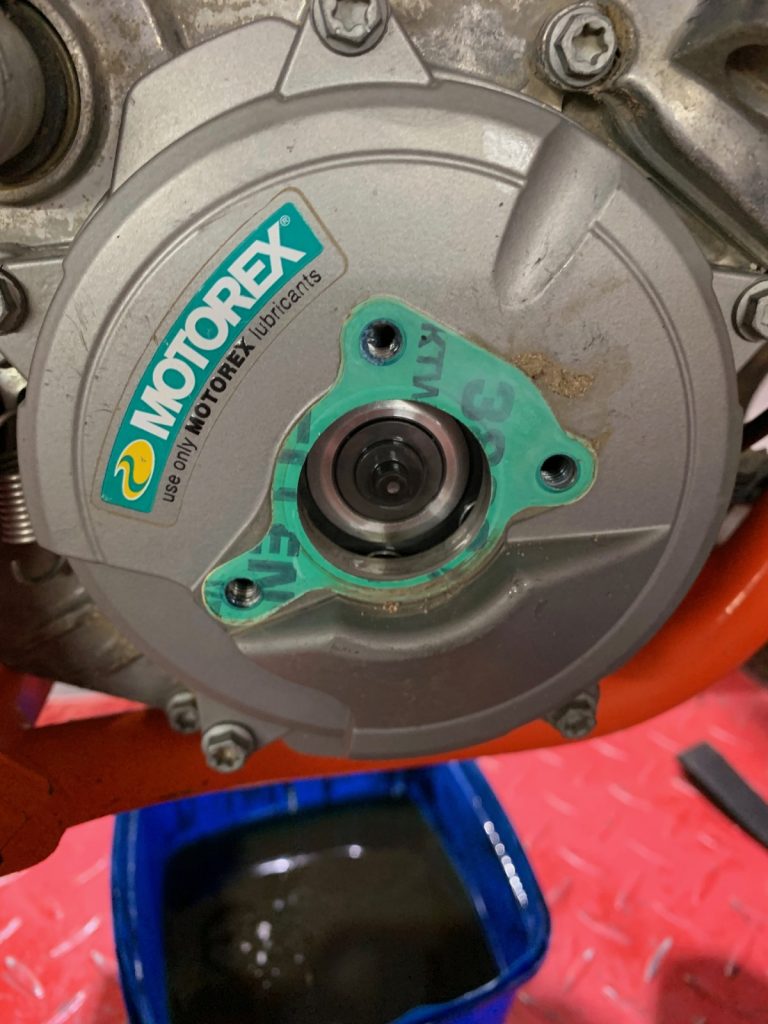 Remove the clutch cover by removing the 8mm bolts holding it in place. Once it’s off, give it a clean and set it aside. 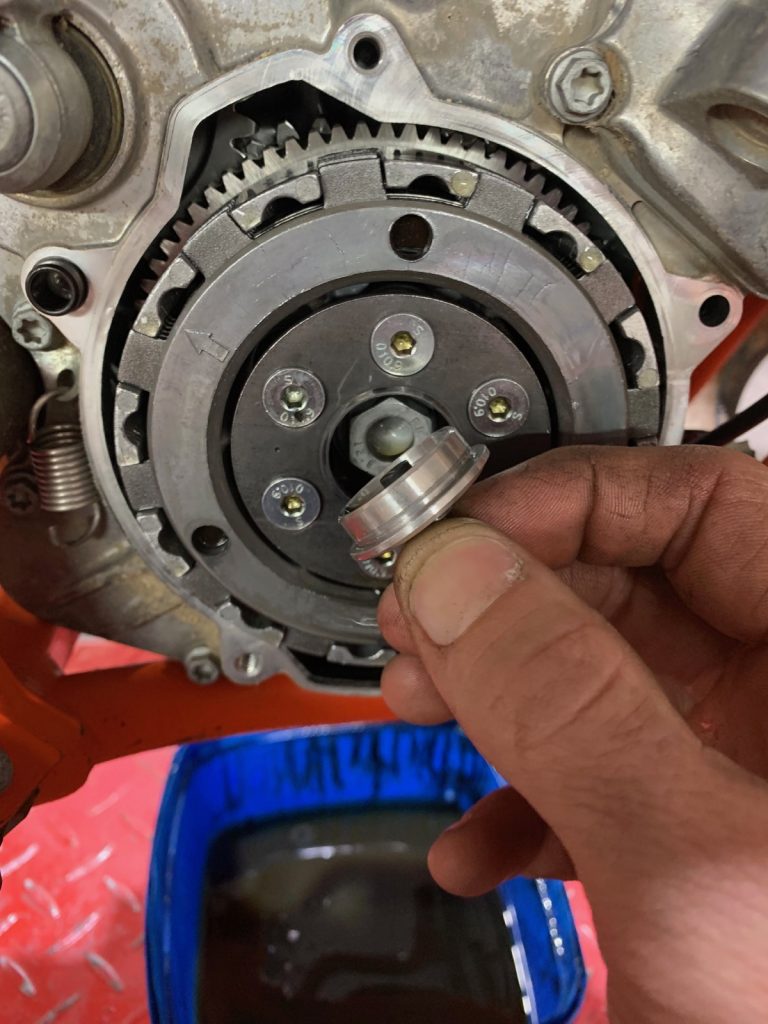 Remove the clutch actuator boss from the centre of the clutch, inspect it for damage and then set it aside. 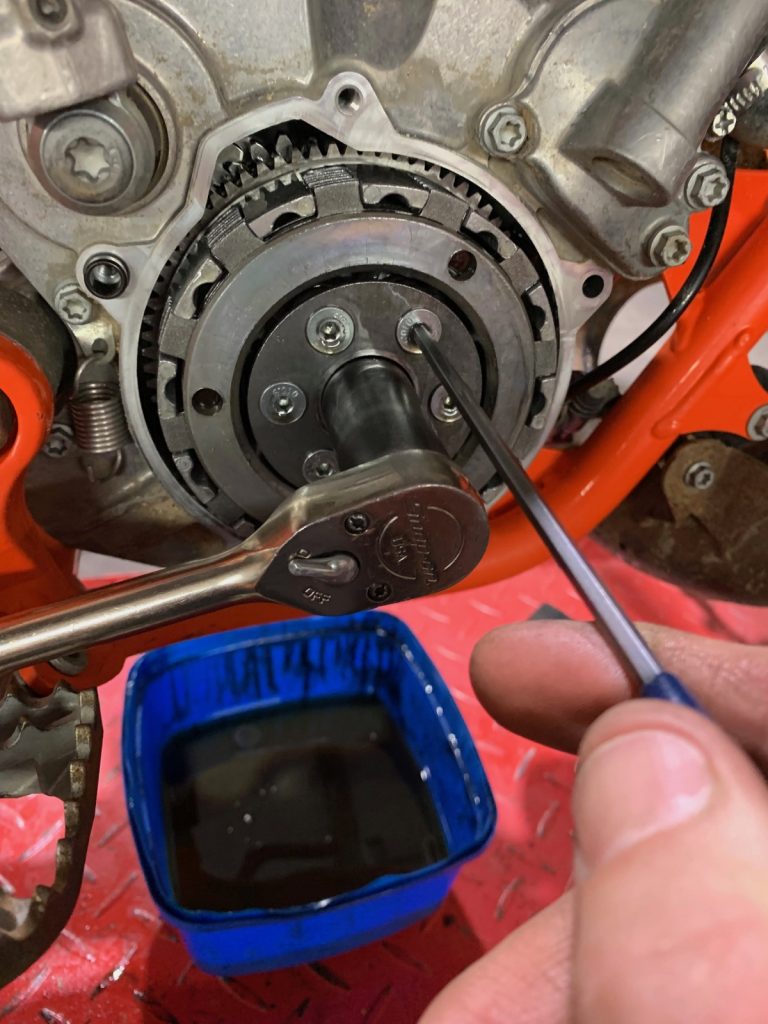 Loosen the Allen-head bolts but do not completely remove them. To loosen them hold the clutch centre nut with a socket and then loosen the pressure-plate bolts. 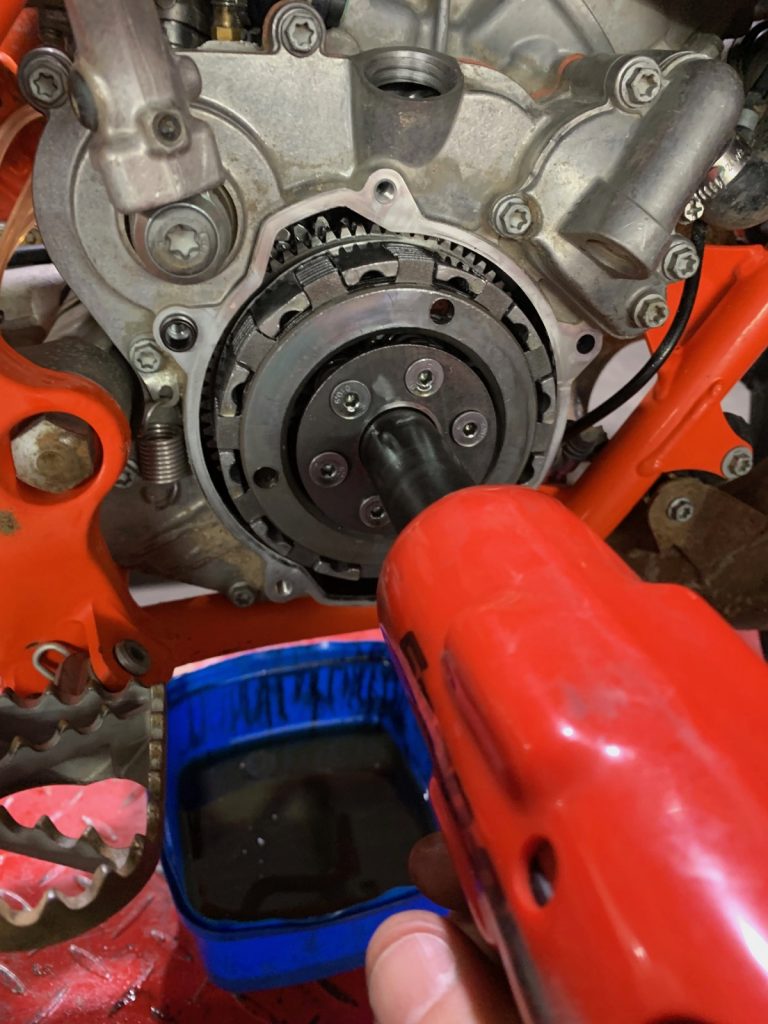 Now undo the centre nut, remove the centre clutch assembly and sit it on a clean area of your workbench.

Now remove the pressure-plate Allen-heads and disassemble the clutch pack. Discard the old clutch plates and springs but keep the bolts as you will need to reuse these. 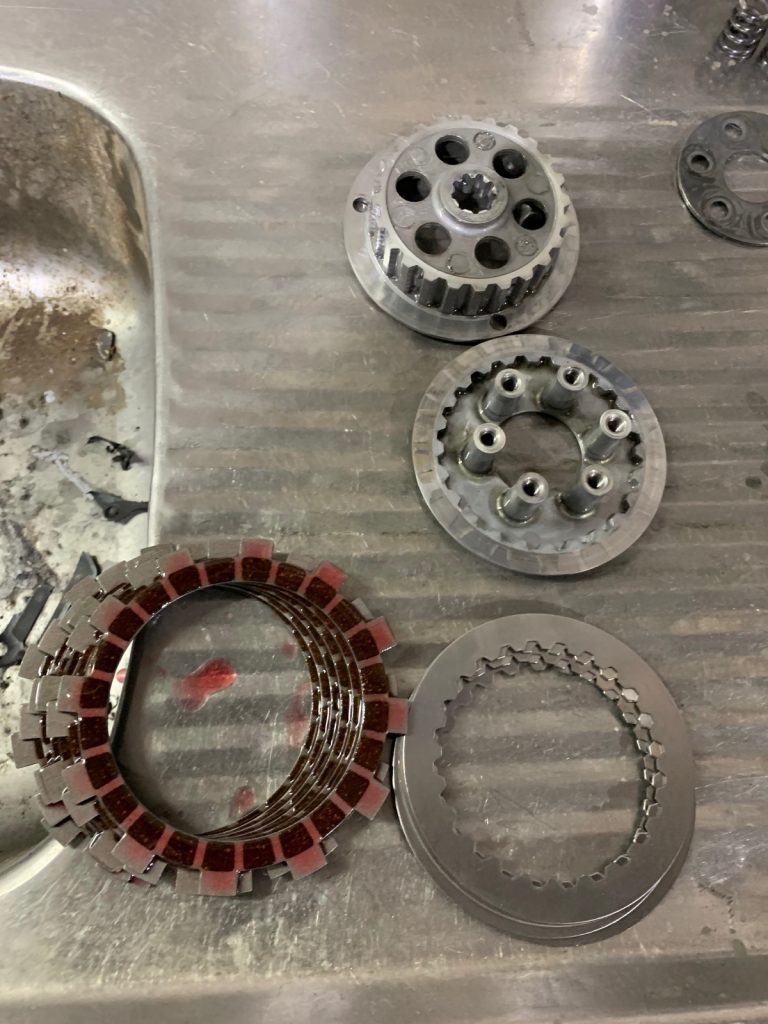 Soak the new clutch plates in oil for at least 15 minutes before installing and then reassemble the centre clutch assembly with the new plates and springs by alternating between fibre plates and steel ones, starting and finishing with a fibre plate. Make sure to leave the pressure plate bolts finger tight until installed.

Re-install the centre clutch assembly. You will need to rotate each plate so they interlock with the outer clutch basket while you line up the spline on the inside of the clutch hub. Be patient, this will be fiddly and may take a moment or two. 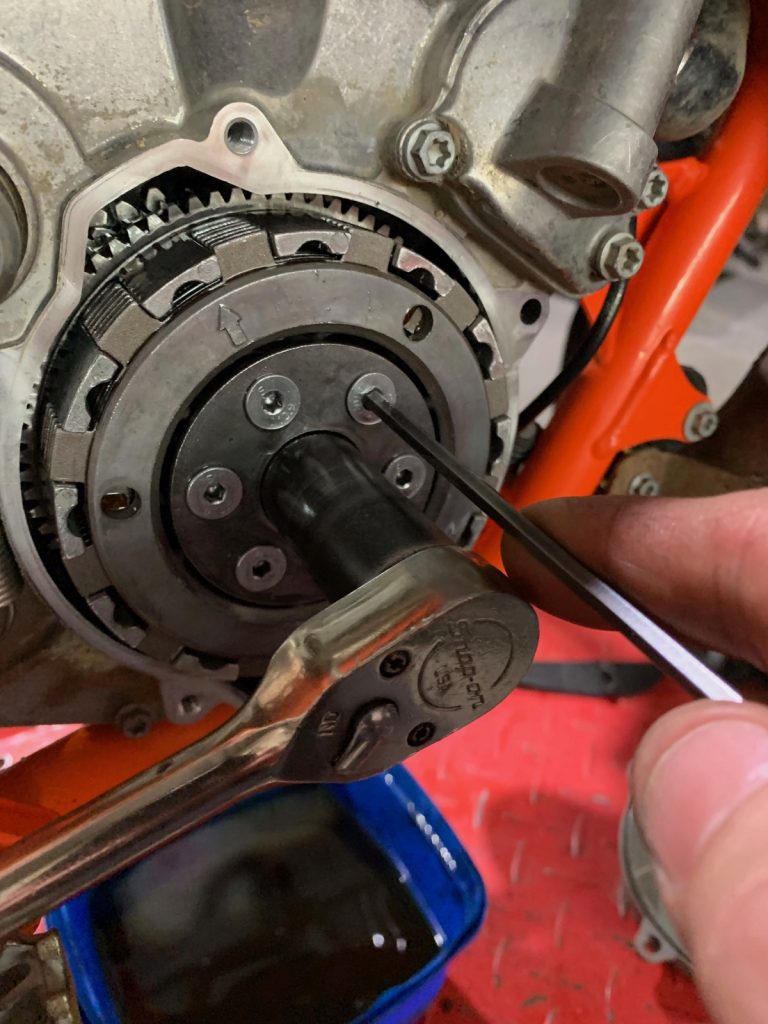 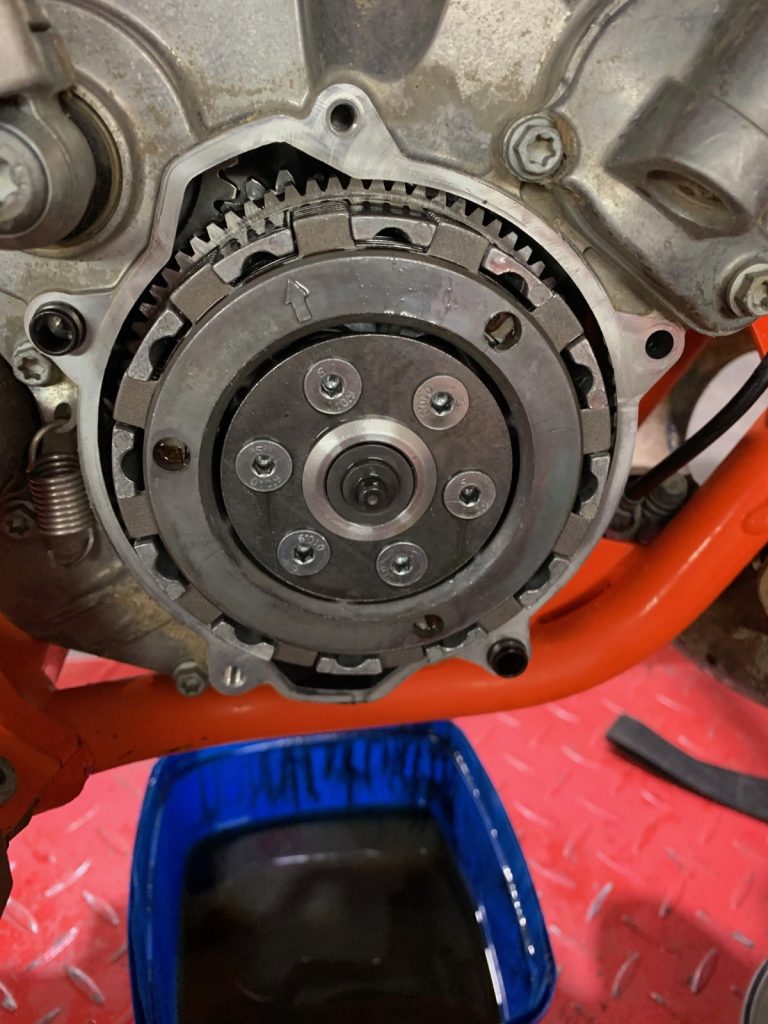 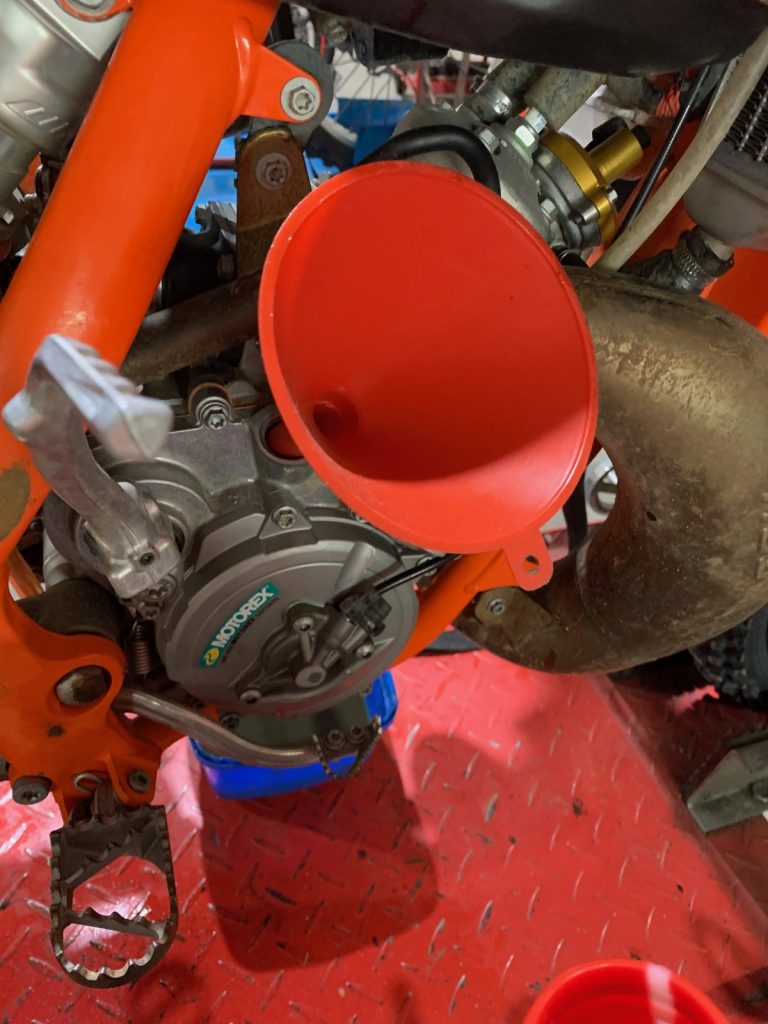 Refit the sump plug and fill the gearbox with fresh oil. Make sure to use the 8mm oil-level check bolt on the left-hand side of the engine to get the level correct. Clean up any excess oil and then give the new clutch a work out. Technical Editor Mat Boyd

WHAT’S SO DIFFERENT?
The KTM 65 SX and TC65 clutch is unique because it works in reverse to a conventional multiplate design. The KTM 65 outer clutch hub is fixed to the gearbox input shaft and the pressure plate is on the inside, between the inner hub and the clutch basket. When the clutch is activated, the outer hub stays still but the pressure plate moves to release the force on the clutch stack so the plates can slip.

This all means that to replace the clutch plates and springs on the KTM 65 clutch the centre hub needs to be removed while on a conventional clutch you only need to remove the pressure plate on the outside of the clutch pack, making it a much quicker and easier job.

DON’TS
1 Over-tighten the clutch bolts.
2 Reuse any worn or damaged parts.
3 Force any parts into place, everything should slip together easily.

Make sure you test the clutch yourself for correct operation before you put your kid on the bike and send them straight out onto the track.