The Husqvarna Enduro Racing Team will feature a new-look line-up for the Australian Off-Road Championship (AORC), with Daniel Sanders to be partnered by new recruit Andy Wilksch.

Fresh from the most successful year of his career in being crowned the AORC E3 and outright champion along with earning the International Six Days Enduro (ISDE) individual honours, Sanders enters his third season with the factory Husqvarna team.

The 25-year-old Victorian will take to the track aboard the all-new Husqvarna FE 501 in the E3 division once again, where he will wear the number one plate as he defends his crown through 2020.

“It’s a different approach coming into this season with a new format in the team and new people jumping in, so it’s going to be an exciting year and I’m looking forward to it after last year’s results,” said Sanders. “I think we’re in a good spot, other than some injuries coming into the season, but I’m feeling good on the new 2020 Husqvarna FE 501 and we’re making steps forward. I’m looking forward to starting the season off and ramping it up during the year.”

Husqvarna Enduro Racing Team newcomer Wilksch enters the official team after proving himself as a regular front-runner in recent seasons, now transitioning to the E2 class for 2020 on-board the Husqvarna FE 450.

The 23-year-old will, unfortunately, make a delayed debut with the team after suffering an injury setback during the pre-season, injuring his back and small finger while preparing for the upcoming year of competition.

“It’s a dream come true to be on the Husqvarna Enduro Racing Team and have the support that the factory squad offers,” said Wilksch. “I’m just excited for the opportunity to learn as much as I can from some top-level people and hopefully I can further my career on the Husqvarna FE 450 – I’ve really adapted well to the bike, especially with how comfortable and nimble it is. Unfortunately, I had a practice crash recently and it was enough to put a stable fracture in the lowest vertebra of my spine, but it is just a setback that’s come at an unfortunate time. Plus, I had surgery on my pinky finger as well. I’m fortunate to have such great support through the team, so hopefully I’ll be on-track for rounds three and four of the AORC season.”

The Husqvarna Enduro Racing Team also introduces Ben Grabham as Team Coordinator for the 2020 season, bringing a wealth of knowledge while working with KTM Group Motorsport Manager Glenn Kearney in the position.

The opening round of the 2020 Australian Off-Road Championship kicks off 22-23 February at Toowoomba in Queensland. Both Sanders and Wilksch will also compete in the Australian Four-Day Enduro (A4DE) and Hattah Desert Race in 2020.

Ben Grabham – Team Coordinator, Husqvarna Enduro Racing Team: “I love racing and the effort that goes into winning, whether that’s as a rider or the role I’m in now with the Husqvarna Enduro Racing Team, so I’m really looking forward to the chal- lenge ahead.
We’ve got two exciting riders and I have a really good history with ‘Chucky’ that goes back to 2014. He won the AORC outright last year, so the goal is to go back-to-back with that, but he hasn’t won an A4DE outright yet so we’re working to- wards that as well. Andy has always been competitive and is very capable, so we are really excited to work with him this season.” 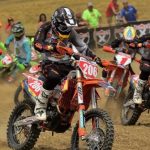 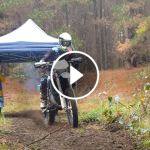 A wrap up from the 2020 New Zealand Enduro Champs. Round 3 and 4 were held just