WBR Yamaha’s Max Purvis kept his podium streak alive after taking a third place finish in the MXD (under 19) at round seven of the MX Nationals in Maitland.

Purvis has proven consistent in recent rounds and despite a fall in the opening moto, Purvis again locked down another position on the podium at round seven.

The opening race saw Purvis with an ordinary start and just inside the top 10. With the lead group all running a similar pace, moving forward proved difficult until later in the race where fitness came into play. Purvis made his move and charged his way up to fifth and then into third before a fall cost him a couple of positions and he rolled across the finish line in fifth place. 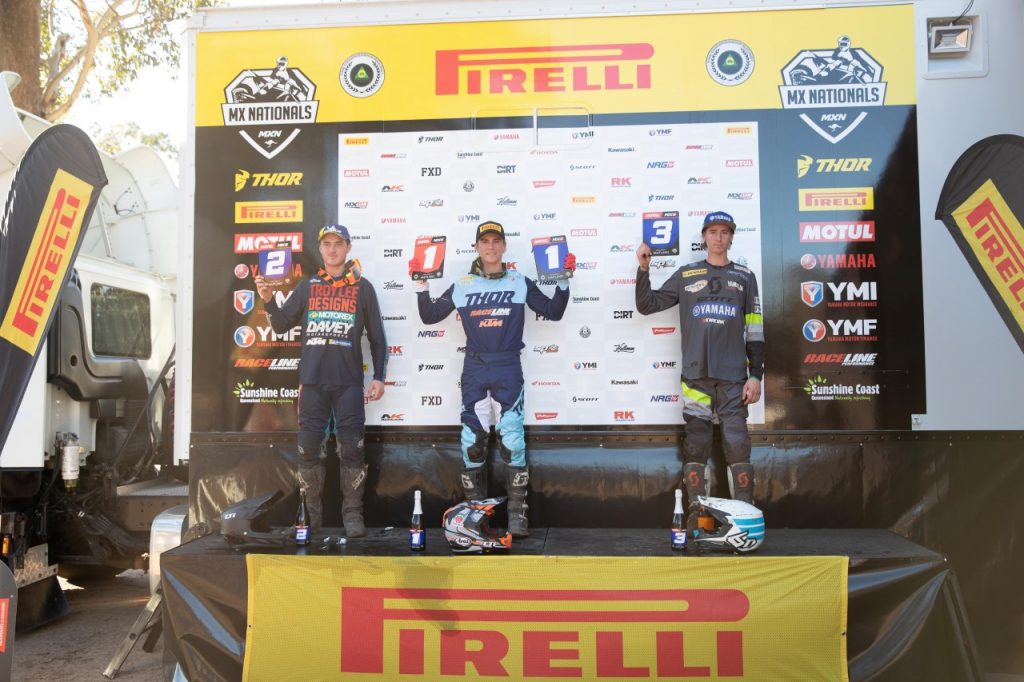 Race two and Purvis was inside the top five right from the start. By lap five he had made his way to second place and went to work on race leader, Regan Duffy. He closed the gap down and was getting within stroking distance when he made an era and lost several seconds on the final lap. He still managed to finish in second place and his 5-2 resulted netted him third overall for the day and consolidated his second place in the MXD championship.

“Was so close but so far today,” Max commented after the race. “I felt I was in with a chance of possibly winning both races today but just little mistakes at the wrong time cost me time or positions and I was unable to make the most of the track speed I had, especially later in the races.

“I am still second in the series and 29 points from the lead so there is a lot to race for and I will give it my all at the final three rounds and keep the pressure on,” Purvis offers. 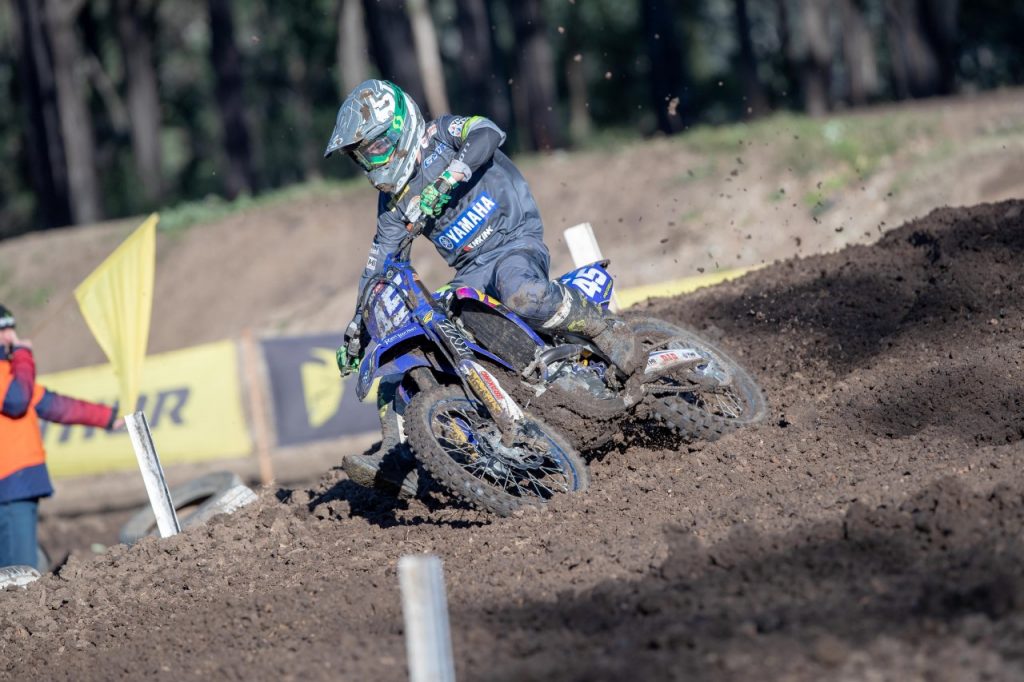 Jack Kukas finished with 8-7 results, giving him seventh overall for the day, the same position he sits in the championship. Kukas didn’t quite have the speed of the front runners on the weekend but battled hard all day, fighting for each and every position he could.

With the final three rounds at tracks Kukas is familiar with, Kukas is aiming for a strong finish to the series.

“I’m a bit disappointed with my result today and I feel like I should finish better than what I did today. But, I won’t give up and I’m going to keep putting in the work to improve my results and race the way I know I can.

“Moree and Coolum are the final three rounds and I have raced both before, so I want to reward the effort of the WBR Yamaha Team with some good results at the coming rounds.”