When this bike suddenly appeared I really thought that it was the next big step in dirtbike technology and that we would soon be seeing 2WD enduros everywhere. I was wrong, Yamaha only made 250 of the WR450F 2-Trac.

Only 20 of those were sent to Australia and, strangely, none to the US, although I heard that an Aussie dealer sold his example to a US buyer. The 2-Trac was a joint effort by Yamaha and Ohlins and came fitted with an Ohlins fork, shock, steering damper and gas-pressurised hydraulic accumulator which acted as a damper for the drive system.

The wheels were driven at the same speed, which meant gearing changes were best forgotten. It could be done but, to maintain equal drive to both wheels, all three sprockets needed to be changed. Yamaha suggested leaving them alone. Drive to the hydraulic pump for the front-wheel-drive system was a second sprocket on the countershaft.

I was the lucky one who got to do this launch for ADB and I was genuinely impressed with the immediately noticeable differences when swapping between the 2-Trac and a standard WR450F. The WR450F 2-Trac was noticeably more stable in corners and line changing was easier. Due to the front wheel pulling instead of being pushed it went wherever it was pointed. 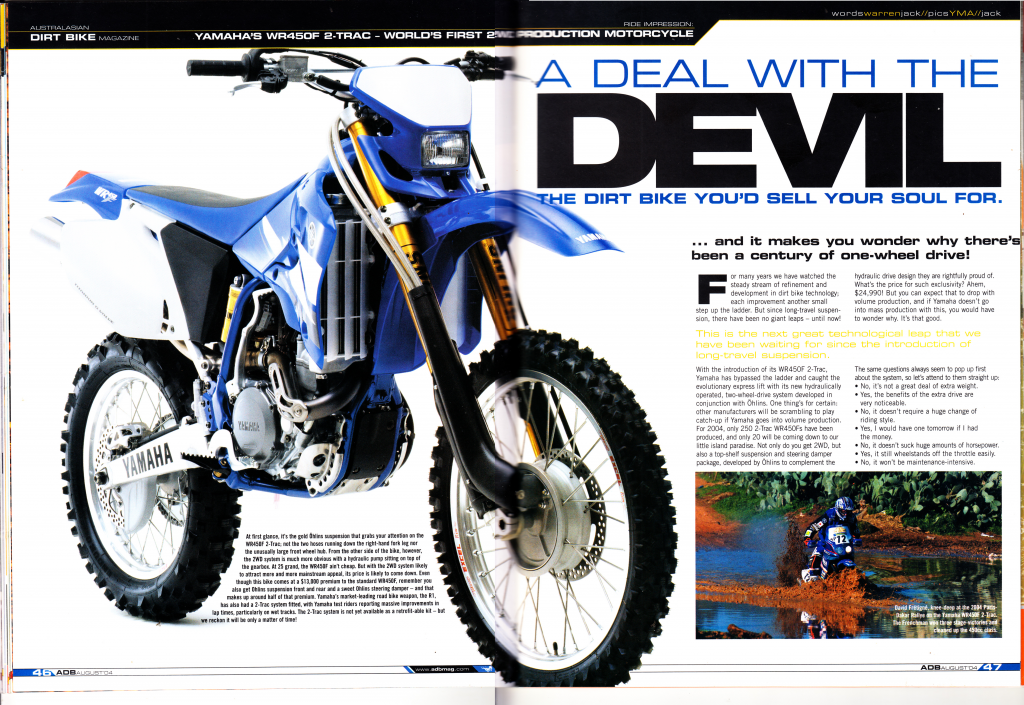 Engine braking was noticeably better as well and snotty, loose hills were no problem at all with twice the drive. Hung up on a big log? Just lean forward until the front is on the ground and the 2-Trac would drag itself over. An unusual issue was the ability to stall the engine with too much front brake. It was just 5kg heavier than the standard WR450F and could still do wheelies straight off the throttle.

As an intermediate rider I loved the bike and found it confidence-inspiring, because I could corner more quickly due to it tracking and not stepping the back out on loose surfaces. The gun riders on the launch such as Geoff Ballard and Lyndon Heffernan didn’t like it for just that reason, they couldn’t corner using the throttle to step the back-end out. It never sounded as fast either when riding it, as a normal bike converts wheelspin into noise and it sounds like you are going faster than you are.

The WR450F 2-Trac didn’t get much wheelspin, only drive, so there was not as much noise and the perception was of going slower although a look over the front guard showed the ground disappearing at a great rate of knots. It is easier to pull a load than to push it, and if you want a demonstration then pull a piece of string along the floor and then try and push it.

I really wanted a WR450F 2-Trac and was sweating on Yamaha going into full-scale production, which might have made them more affordable but it was never meant to be. I threw away my crystal ball before hearing that American company Christini had taken up the challenge with its own system. It has been producing complete motorcycles since 2007. Heritage Editor Warren Jack 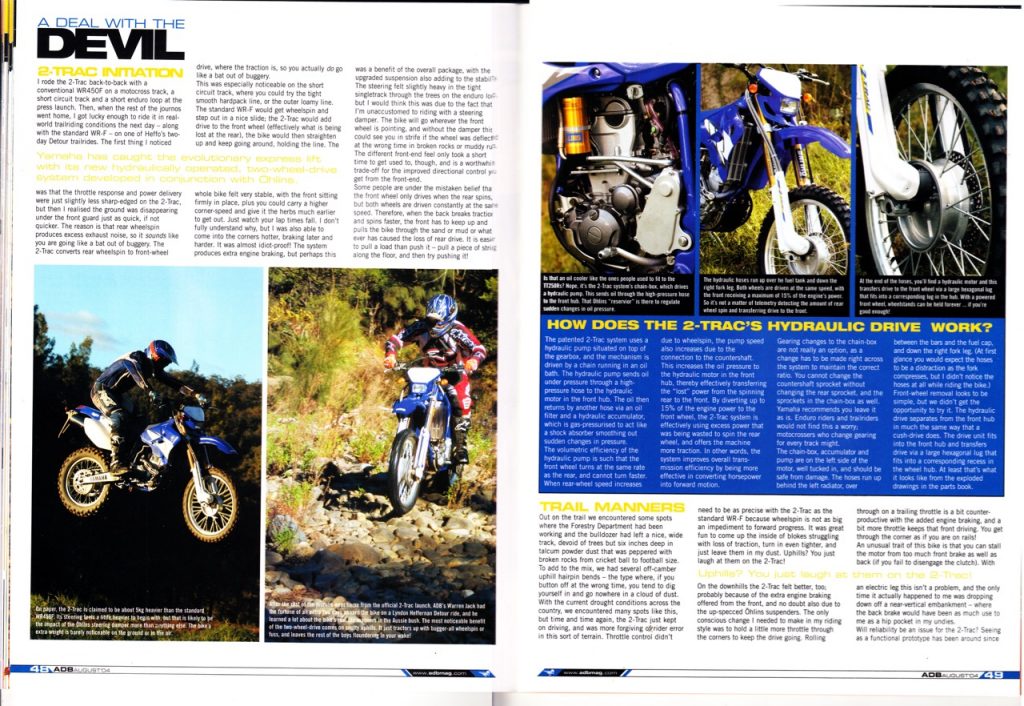 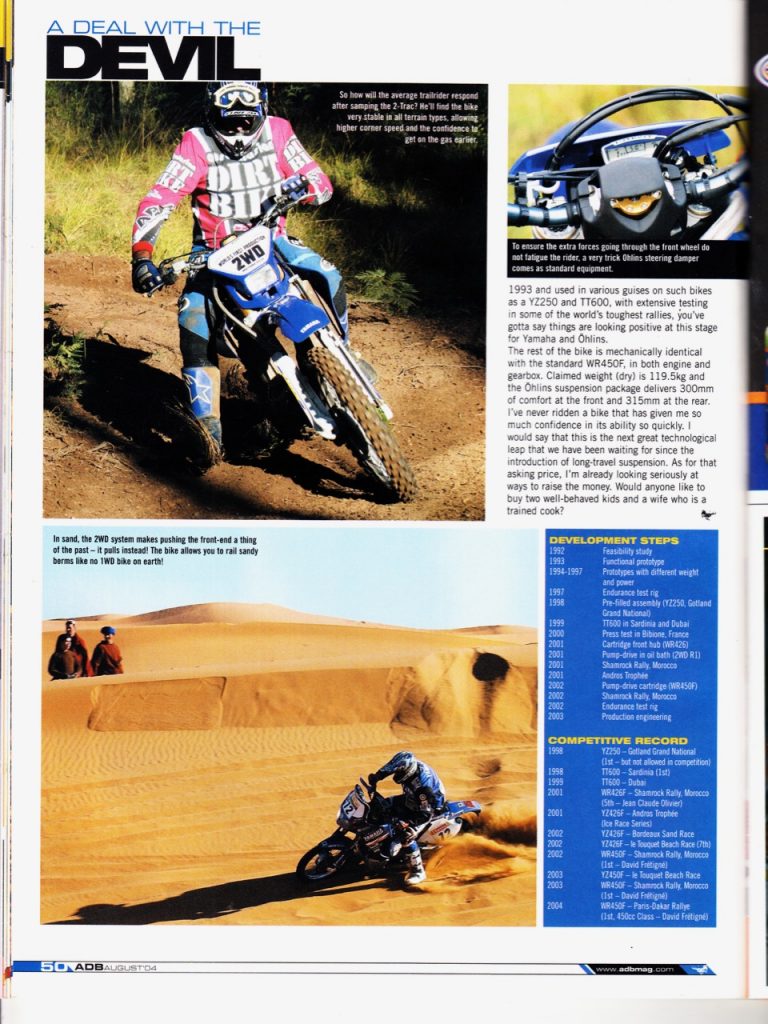