Yamaha set the world on its heels when it released the YZ400F in 1998 and then, just two years later, upped the ante with the 426F.

Apart from the obvious increase in capacity there was not a lot to see on the Yamaha YZ426F, unless you were sharp-eyed enough to spot the 5mm reduction in wheelbase to 1490mm, the 10mm lower subframe and the handlebar moved forward by 5mm.

Criticism of the YZ400F’s stiff clutch had obviously stung, as there was a straighter cable, new leverage ratio, 7mm larger friction plates plus an extra, lighter spring and an on-the-fly adjuster to deal with the whingers. The removal of the cable’s metal bend near the engine definitely helped.

The extra engine capacity called for greater cooling, so slightly larger radiators from the WR400F were added, which pushed the shrouds out by 10mm. It was still suitably narrow and proved to have minimal impact on a rider’s ability to get well forward on the bike when required.

The 426cc mill sported a re-balanced crank, modified Keihin 39mm FCR carb with hot start button, tweaks to the ignition curve, 2mm larger diameter header pipe and some changes to the gear ratios. The bore was up 3mm to 95mm so the wristpin and conrod increased in size. The result, according to the test, was “gobs more grunt off the bottom and through the mid than the 400”.

There was an Achilles heel, though, and it was the suspension at both ends that needed more than could be done with the adjusters to make it work their best to suit the bike’s performance. Despite the best efforts over three days of testing by A-grade riders, the suspension didn’t bottom-out, suggesting the SX-crazy American market might have had some influence on the production settings. The 46mm KYB fork was confidence-inspiring on big jumps and absorbed spaced-out whoops well but was nervous and even tended to pogo on braking bumps. 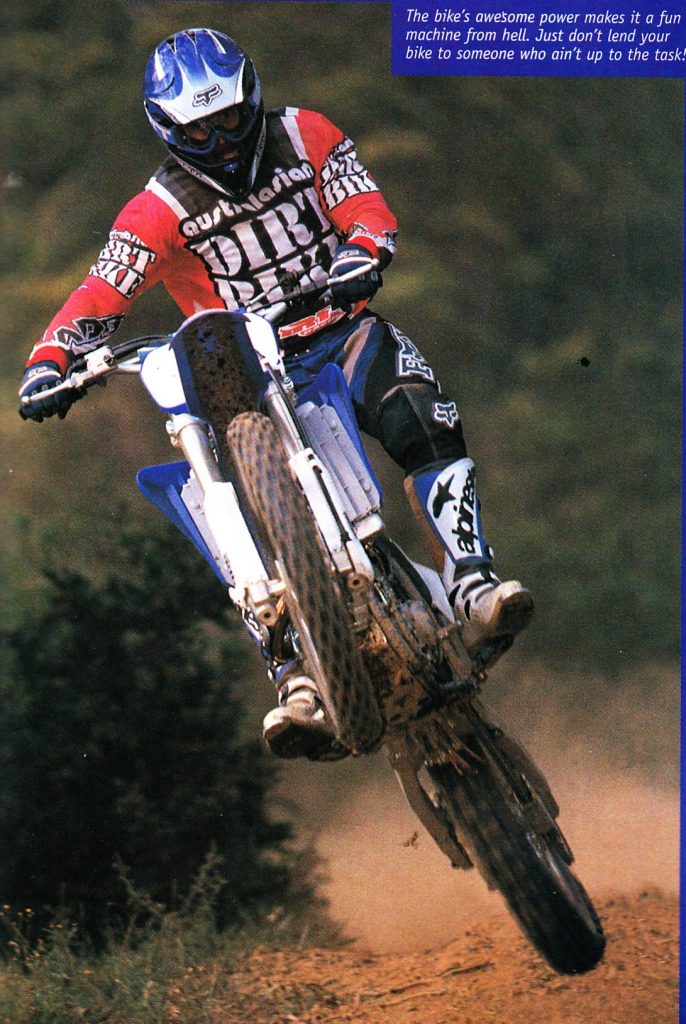 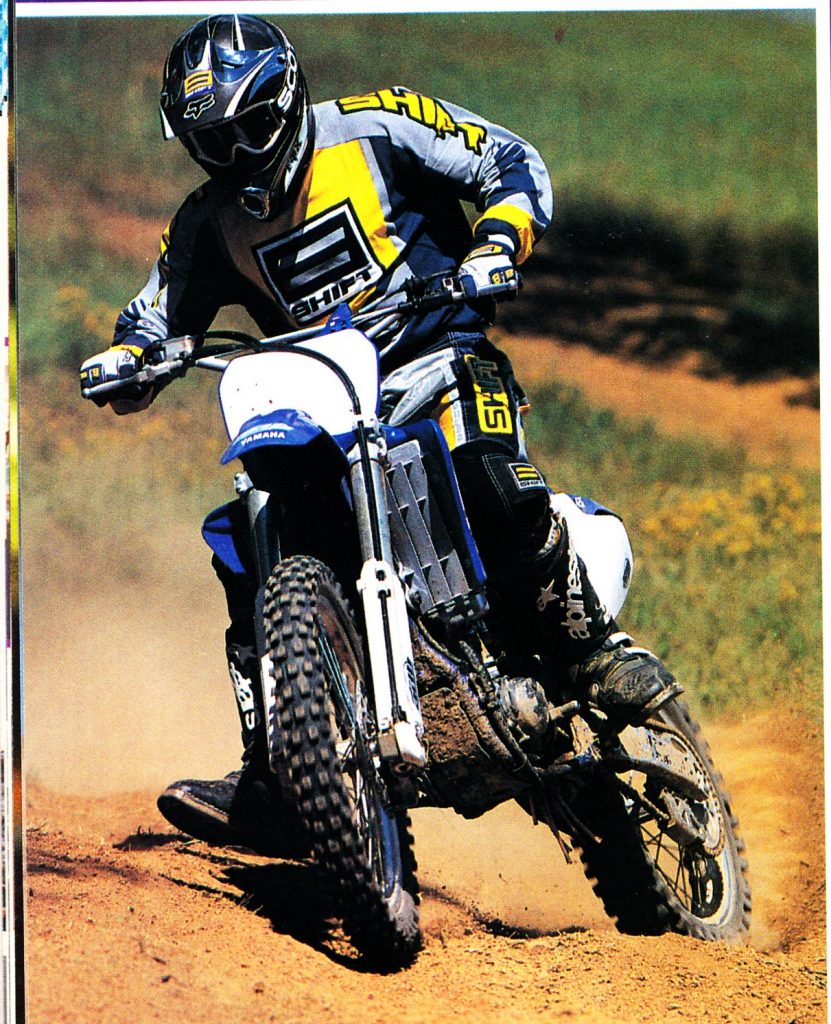 The valve at the top of the fork cartridge was replaced with a Race Tech Valve Seal and that was found to give better tracking over a wide variety of surfaces. The back-end tended to swap all over the place under hard acceleration over bumps, wanting to deflect rather than absorb despite having high- and low-speed compression damping adjusters. The decision on the back-end was that a softer spring with more preload to match the rider’s weight was needed.

Everybody that rode the bike was happy with the brakes and a single finger was all that was needed to wash off speed with the front disc, although a couple of testers found the back brake a little touchy. The other testers suggested they must have been standing on it.

To finish off here are three quotes about the YZ426F, two from ADB and the other from Yamaha Japan but translated into English, you decide which is which.

“Enjoy riding with a power feeling which gives you further powerful steering and a stable feeling.”

“Although the bike has lost its quick jab, it has more outright punching power than a pissed off Mike Tyson and that, in itself, will make it tiring to ride for long periods.”  Heritage Editor Warren Jack 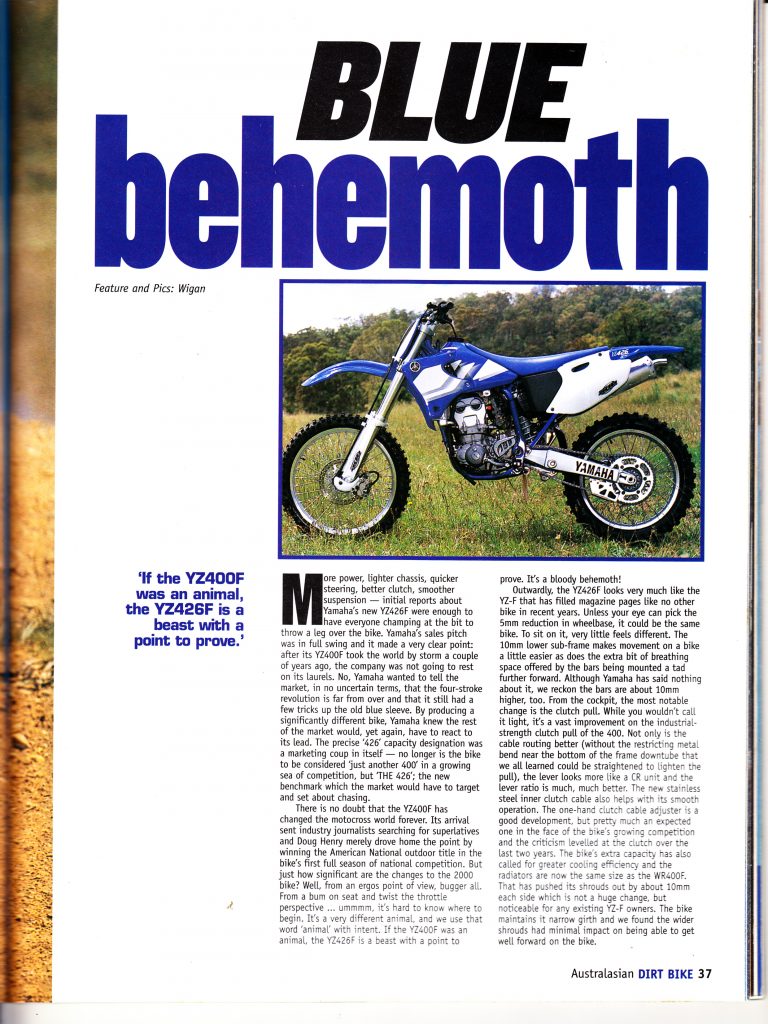