We test two beginner-friendly four-stroke trailbikes, the Suzuki DR200S and Kawasaki KLX230, to see how the two compare.

Once upon a time choosing a trailbike was relatively easy, with fewer restrictions on where you could ride, what kind of rego you needed and the amount of ADR gear you had to carry. Typically, so long as it had a headlight and taillight you could ride it from Sunny Corner to the Sydney Harbour Bridge without major aggro from the boys in blue.

Nowadays there are so many prerequisites it makes picking the right bike a nightmare for beginners. We’ve got a feature coming up on what beginners should look for, but right now we’re talking about two of our favourite trailbikes and how they differ, just to give you an idea of how the process works.

In recent times the registerable, 200/230cc trailbike category has been limited, with only a few brands swimming in that pond in Australia. Honda was selling the CRF230 as a road-legal bike and Yamaha sold the TT-R230, but without ADR compliance.

We are now starting to see more beginner bikes pop up and this is great for new riders or people upgrading from a 150. This range is good for women due to the lower seat heights and lighter weights. If someone asked me if I wanted a bike with modern tech, or one that’d been around for a while, I would have naturally plumped for the newer model.

But after testing the Suzuki DR200S and Kawasaki KLX230 that decision suddenly wasn’t so simple and I quickly came to realise that newer doesn’t necessarily mean better for beginners. Suzuki has had its DR200S available for decades and although it’s revised the bike, not a great deal has changed. It still has basic tech but it’s reliable and nothing much can go wrong.

Kawasaki only ventured into the 200/230cc segment late last year with two versions of the KLX230: one registerable and the other not. This issue we are going to focus on the registerable version to keep it fair for the fully-loaded Zook. Kawasaki designed the engine and frame from scratch and it’s good to see it expanding its range. 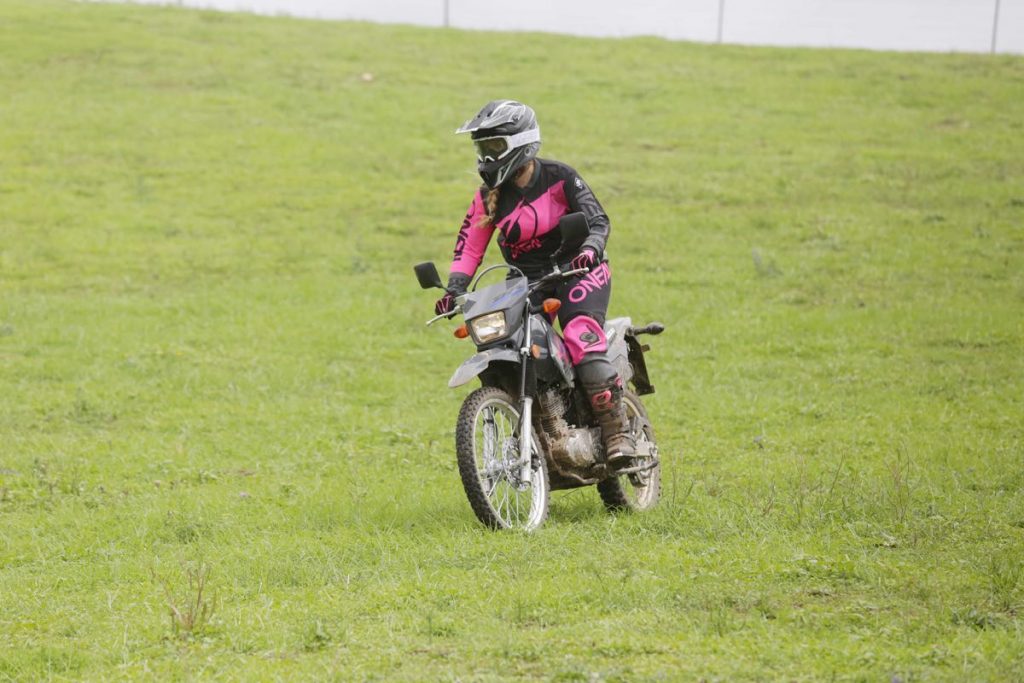 ON THE MONEY
For starters, both bikes are air-cooled and have electric starters. Being on the road I would not want to be kickstarting a bike. If you stall, it’s embarrassing enough, let alone trying to kickstart under pressure. In terms of looks, the DR and KLX have stepped up. I loved the grey colourway of the DR and the Kawasaki green on the KLX is always a winner. The mirrors, headlight and blinkers were all added subtly, although the KLX230 is a little bulky but I would be happy riding away on either of these machines if looks was all that mattered.

The seat height on the DR was perfect for me at 845mm, I could plant both feet on the ground to minimise falls. This might not be as important to some but as a learner it gives me more confidence. The major difference I noticed when riding these bikes was the wet weight. The DR200S is 126kg while the KLX230 is up at 134kg.

The 8kg does make a difference when you’re stopping and starting and especially if you have to pick it up. You would think that the KLX might be a bit lighter with a smaller fuel tank but it must just be all the latest ADR gear weighing it down.

The DR has done the rounds and continues to have ADR compliance from a while back. Although it has less tech and is pretty basic, we don’t want Suzuki to redesign this bike unless it has to. It’s light, reliable and great for beginners. If it had to go through ADR compliance now it would add a lot of weight, which can cause drama. Less stuff on the bike also keeps the cost down, with the DR coming in at about $500 less than the KLX230. 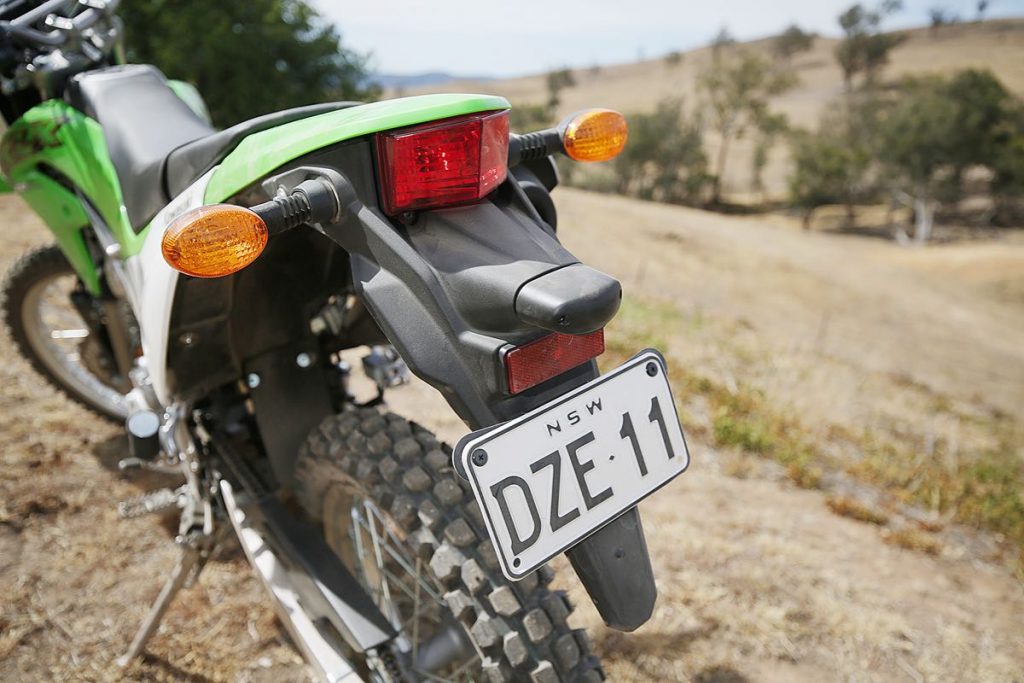 The DR was comfortable to ride, despite my numerous get-offs, and the suspension is soft, so I didn’t feel like I was bouncing around in my husband’s old Nissan Patrol. The DR had good steering and a good turning circle. I felt very confident on this bike, making me try things that I really wasn’t ready for.

The KLX has better brakes for the tar, with ABS discs. This is safer for riding on the bitumen and for your commute to work. It’s also fitted with the latest ADR gear, meaning it’s probably safer on the road. It won’t even let you start the engine when the stand is down and if you put the stand down when the engine is on, it cuts the power.

The KLX has a six-speed transmission, so long commutes are easier. The clutch is easy to pull in and the bike changes cogs smoothly. The gears are well spaced and the engine has good low-mid torque which made it easy to get up hills, with enough power from second gear. Riding behind cattle was easy, with a low first gear proving that this bike can be a multi-purpose machine. The tyres on the KLX have to meet ADR requirements but were better than I thought they would be in the dirt. 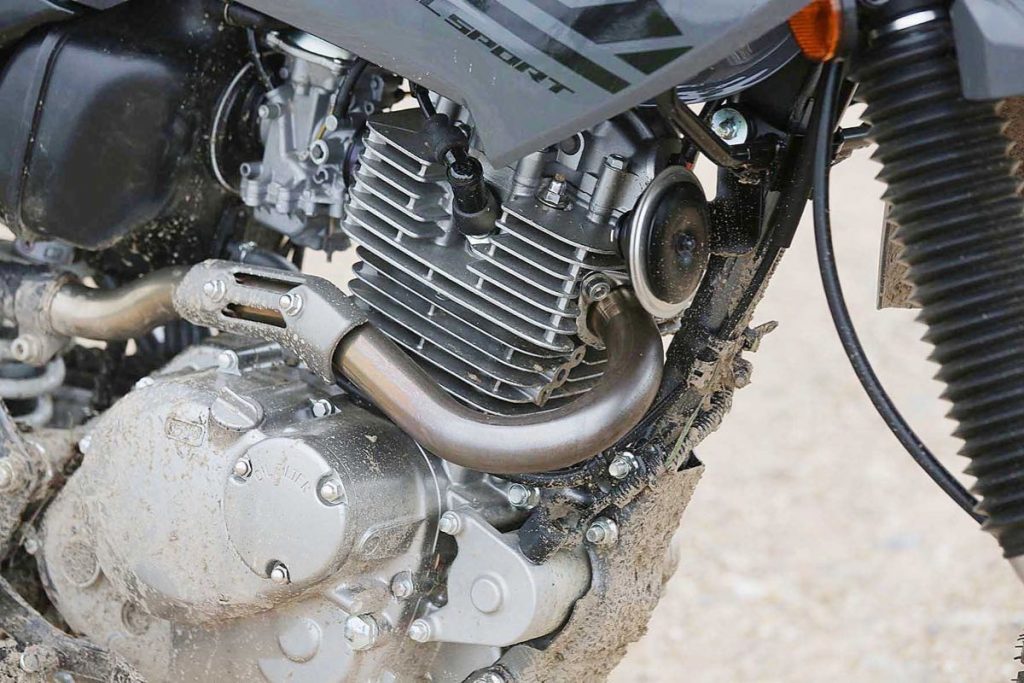 NOT SO FLASH
While you might think I’d like the KLX230 more after the multiple stacks I had on the DR200S, that’s not the case. It wasn’t the bike’s fault. I would blame this one on Mitch for telling me to ride through massive puddles with dual-purpose tyres [sounds familiar].

Depending on what you are looking for, the criteria might be different but I was looking to use the bikes for trailriding and maybe an occasional cruise down the road. Although the tyres on the DR are pretty good all-rounders, I would probably change to a more aggressive knobby, such as the Dunlop D952. It did feel a tad slippery on looser surfaces. While I was at it, I would also fit some handguards.

The DR200S is fitted with a front disc and a rear drum. It did the job, but disc brakes are superior. The five gears were easy to change but there was a big jump from first to second, which was a tad annoying on steep hills. This isn’t the end of the world, as you can go up a few teeth on the rear sprocket or down one tooth on the countershaft to close up the ratios. 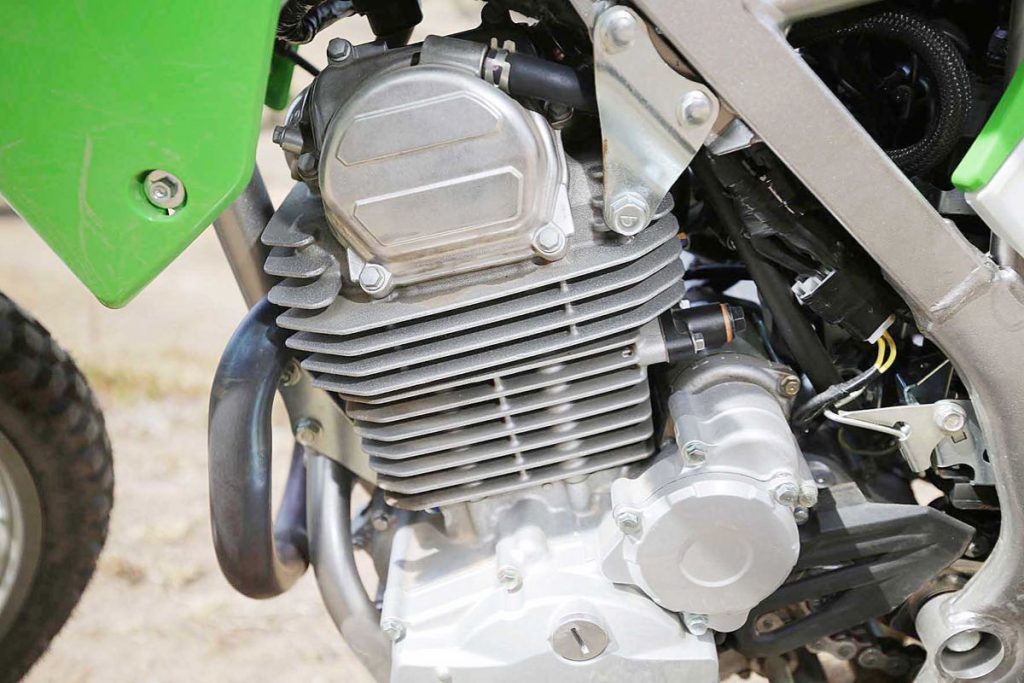 The KLX230 was a heavy bike, coming in at 134kg wet which could make it hard to manoeuvre. After a few stacks I could still pick it up, but it got exhausting. The seat height of 885mm was a bit too tall for me and it made stopping hard, especially with the weight. The turning circle was okay, but it was hard to balance around sharp corners. I had a good test of the brakes, both the front and rear discs were great on the bitumen. However, on the dirt the bike would skid as the ABS went off and on, which was pretty sketchy. It made me hesitant to use them when trailriding and it’s unfortunate that the ABS can’t be turned off. If the bike was mainly for commuting, then this would suit you.

VERDICT
As a female beginner who doesn’t ride to work, I felt more comfortable on the DR200S. The main reasons being the low height, light weight and simplicity. Although it didn’t have a rear disc and the limited gears took some getting used to, I felt confident on this bike. At my level, I would probably go for something a bit bigger such as the DR250, KLX250 or CRF250L as I feel I would outgrow the 200 quickly.

The KLX230 is still loads of fun but I don’t commute so the ABS brakes are not needed and I’d be better off with the R version. For someone of my height (170cm), the bike felt a bit tall and heavy and the ABS was hard to manage off-road. The KLX230 would suit a commuter/occasional trailrider as it has well-spaced gears, versatile tyres and the ABS. 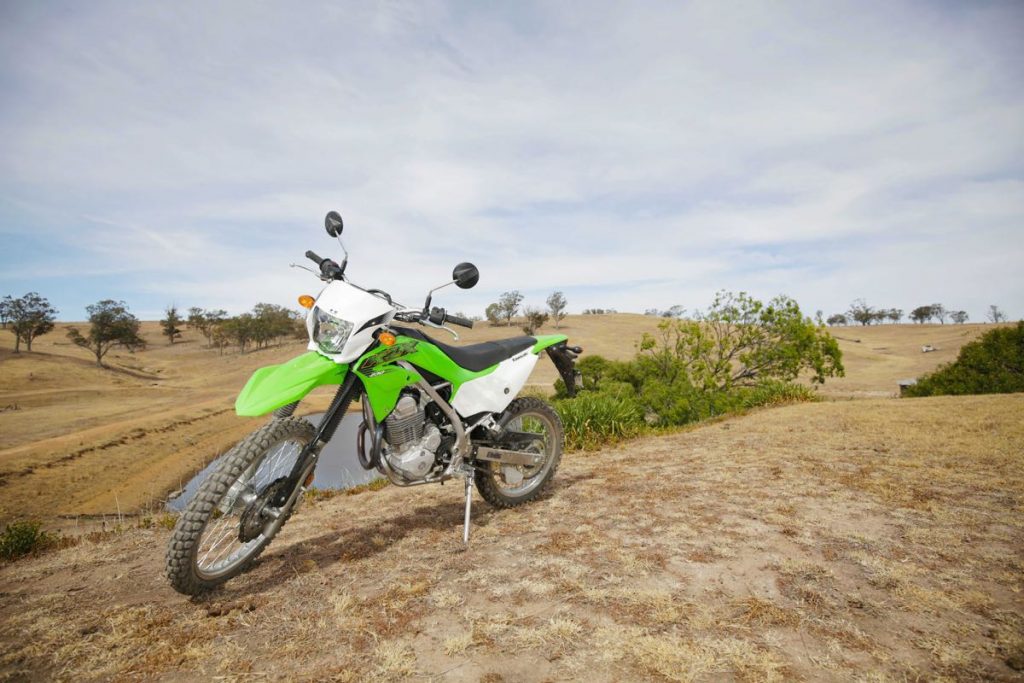 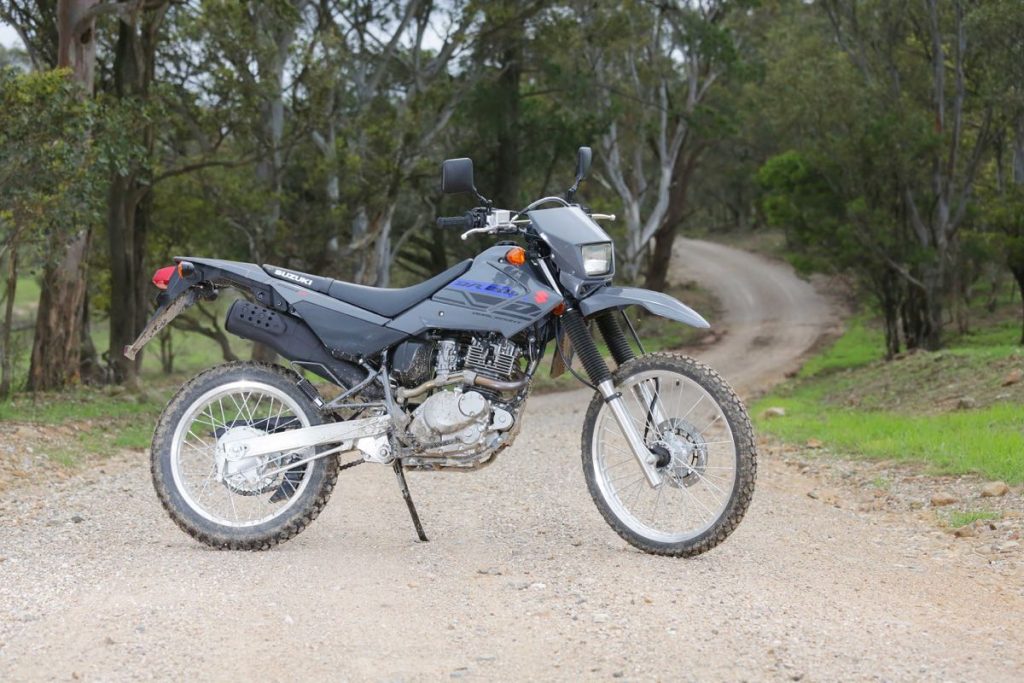