WHY I BOUGHT IT
I love the old bikes; they look mad. I just love the look of them. I’ve always loved Suzukis. They’ve never let me down.

WHAT I DID TO IT
I bought it about four years ago and spent about $3000 doing it up. It wasn’t running. It’s had a full engine rebuild. It’s got an FMF fatty pipe. I put second-hand radiators on because the originals were all bent. It’s got ProTaper handlebars, an ‘06 RM-Z front fender, just to style it up a bit. It’s still got the original factory RM sticker kit on it. It’s pretty much cosmetic stuff on the bike. I’ve also done things like fork seals and all that. I put the Barkbuster handguards on there, the Polisport front disc cover and the SPP fuel cap.

HOW DOES IT GO?
Oh man, it’s lightning. Yeah, it’s a machine. Every twist of the throttle is just power; you know what I mean? Out on the track it’s grouse; it’s really good. It’s pretty much all stock as far as suspension and all that goes. I like to leave them as stock as possible. I just keep it clean and, down the track, it might be worth a bit.

WOULD I RECOMMEND IT?
I’d recommend the bike to anyone. I’d say to them, take it for a spin and you’ll see why you should buy one. They’re just awesome. 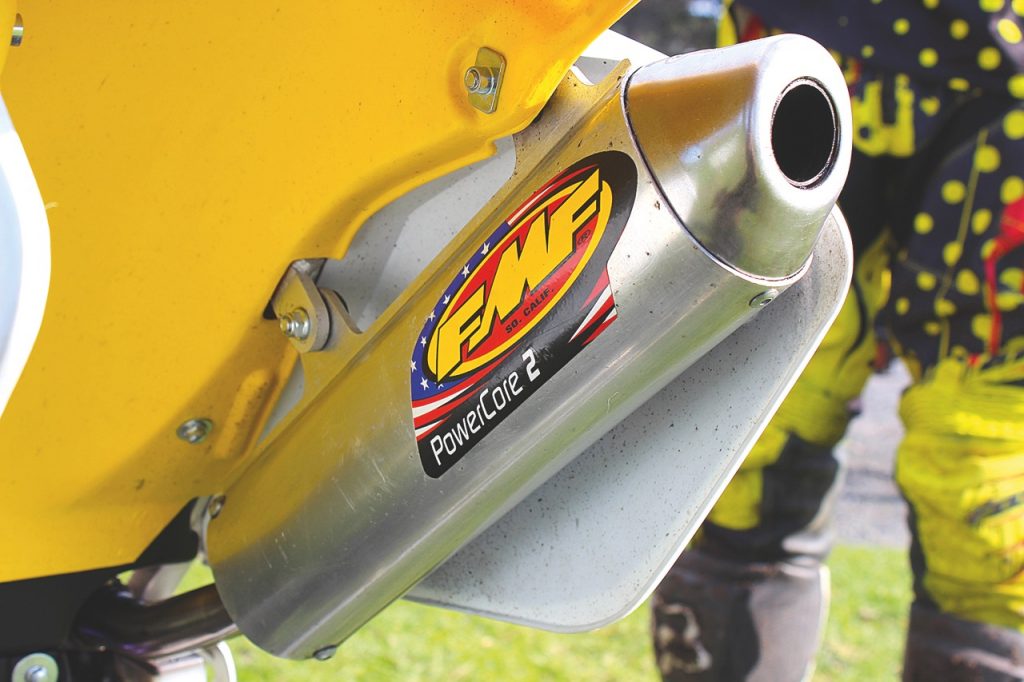 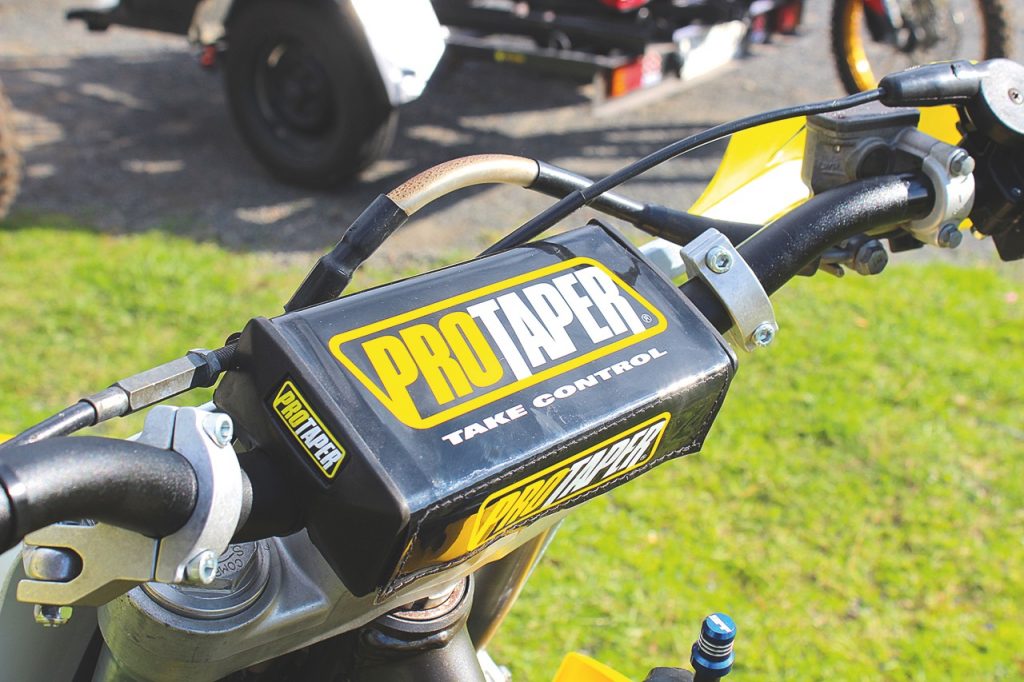 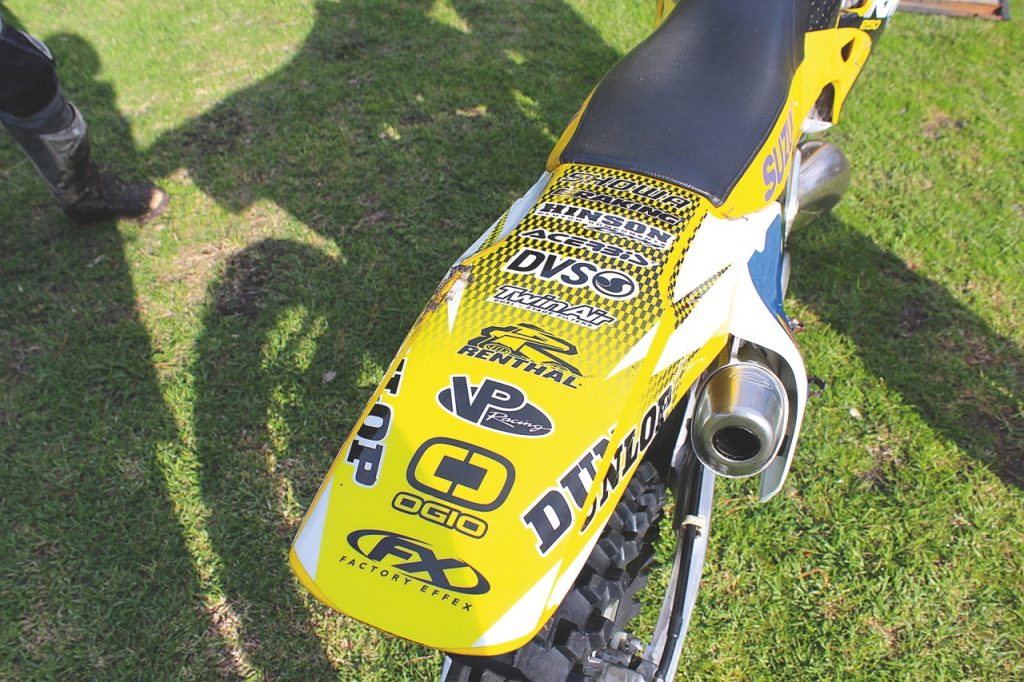 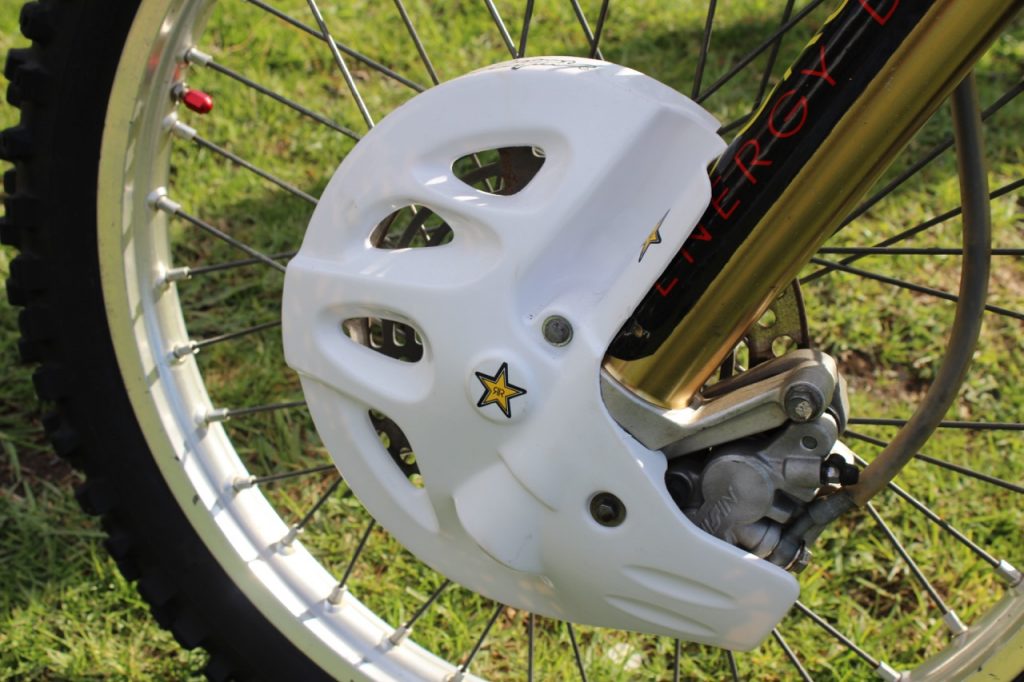