We test something a bit different, the Russian made Ural Sahara Sidecar and discover it's a hell of a lot of fun!

Ural was founded in 1940 in the Soviet Union. The communists’ fearless leader, Joseph Stalin, approved production of the Ural M-72 sidecar by reverse engineering a R71 BMW in every detail, to match the speed of the invading German Blitzkrieg!

Ural started producing sidecars for civilian use at the end of the Second World War and by 1950 had sold over 30,000 units. They’re still being built in Russia but now with major upgrades.

At first glance the Ural looks like an old BMW, with its finned boxer engine, and it is, using an OHV, 749cc powerplant with Electro Jet EFI and Ducati ignition. It’s air-cooled, not liquid like the latest Beemer, and it doesn’t run a Telelever front-end, instead using more conventional Sachs fork or leading-link and shocks.

It pumps out 41hp, comes with electric start and has four Hertzog gears for going forward and one for going backwards, which can be engaged using a dry clutch. Oh and you’ll be tapped out going 115km/h, even down towards Mooney Mooney Bridge on the M1, north of Sydney.

There are many different Ural sidecar models but each one has the same motor, drivetrain and sidecar body. The Sahara Gear Up we tested is part of the Ranger family, which comes with the leading-link front-end, increased ground clearance and a 19-inch front wheel. It is aimed at the off-road savvy rider with knobby tyres, a tall windscreen for the rider, wrap-around handguards, more storage racks, and even protection for the driving lights.

Essentially you’ve got an old-skool, but reliable, BMW boxer engine married to a solid, well-built chassis and sidecar, albeit a little heavy, weighing in at 332kg without accessories, fuel economy to take it adventure riding (we got about 350km from the 19-litre tank), and a good braking system courtesy of Brembo and Hayes. Curious as to how it would go? So were we. 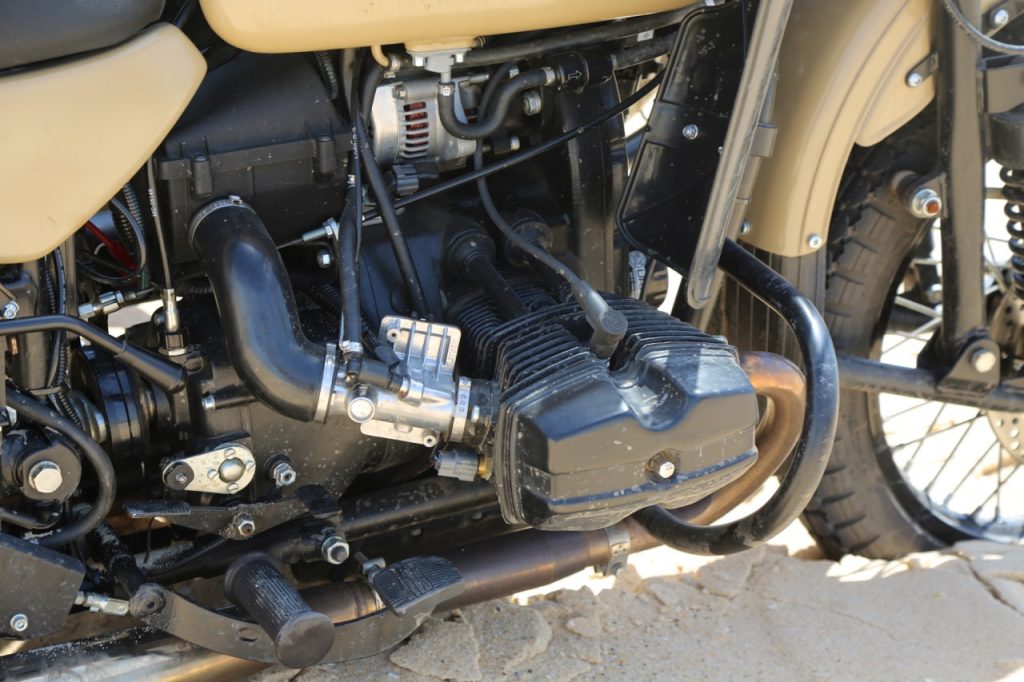 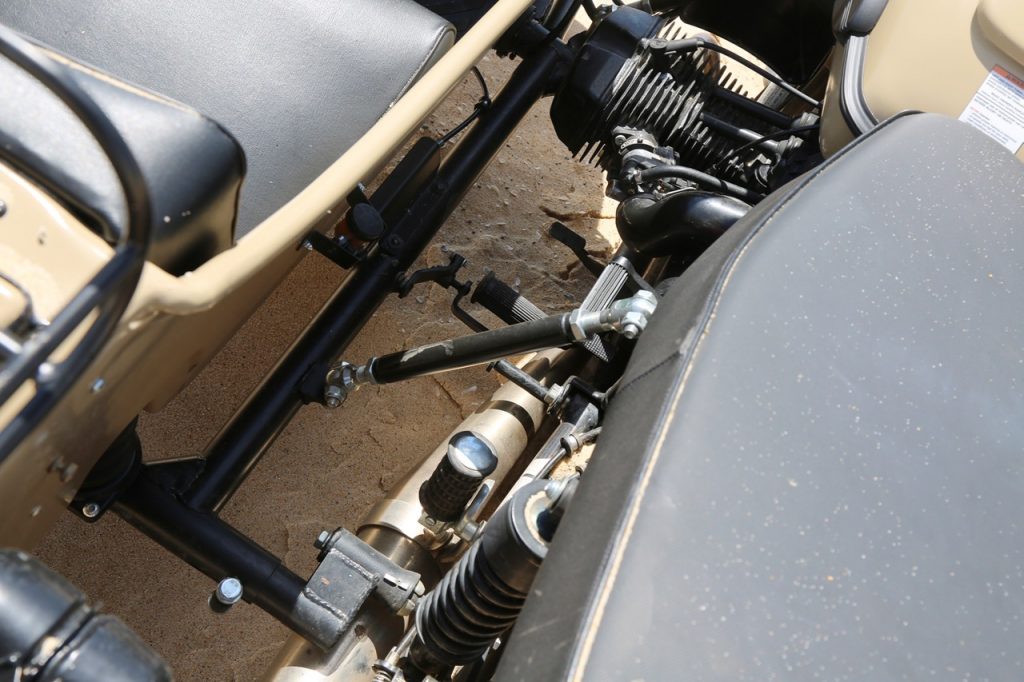 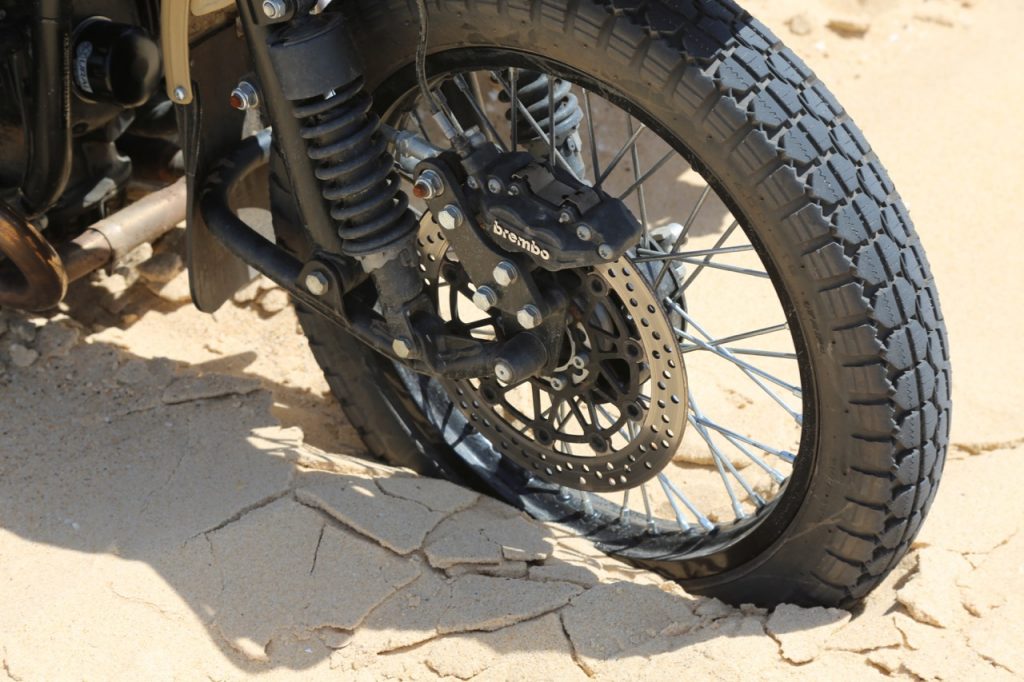 How’s she go?
A sidecar in ADB is a rare sight. Maybe back in the day when they were jumping the Lake Macquarie MCC tabletop it wasn’t, but nowadays it is. So why test one and where would a dirtbike mag take it?

We accepted the Ural is a lifestyle machine and not a competitive one. It’s a Sunday rider, a pub-to-pub steed, a machine to explore easy-access watering holes. But here at ADB the sight of bitumen bores us, so we browsed YouTube to see where hardcore Ural customers had taken them. To our surprise, there was video of them being submerged in a river and powering out the other side, riders hopping and bouncing their way through rock gardens, and one video had riders bashing their way up a steep, slippery creek.

For your viewing pleasure, URAL quality testing its machines in Russia.

They even managed to roll a Ural onto its side on an off camber four-wheel-drive track, before just pulling it back over. This thing was tougher than we gave it credit for, so with a new-found confidence in the Ural we headed for some dirt behind Mandalong, NSW and then for a beach the name of which we’re probably best not disclosing.

On the bitumen run up the coast the Ural is a little unnerving if it’s your first time in a sidecar. Not only do you have to remember there’s an extra two feet of metal on your left-hand side but the steering and braking are nothing like a dirtbike.

When you squeeze the Brembo brakes you’ll feel the bike pull to the left slightly. It’s not dangerous just be ready for it and brace for some handlebar movement. With three wheels you don’t have to worry about balance but when turning left you do have to consider the weight imbalance. With all the weight on the outside, left hand corners can turn the bike from a three-wheeled machine into a two-wheeled one.

If cornering at speed it requires a large amount of rider input to keep the inside from lifting up. Lean as far as you can to the left, hanging off the inside of the motorcycle and remember that, if you need to stand it up because the inside wheel loses contact with the ground, the bike will straighten up and that can see you careering into the side of another vehicle. 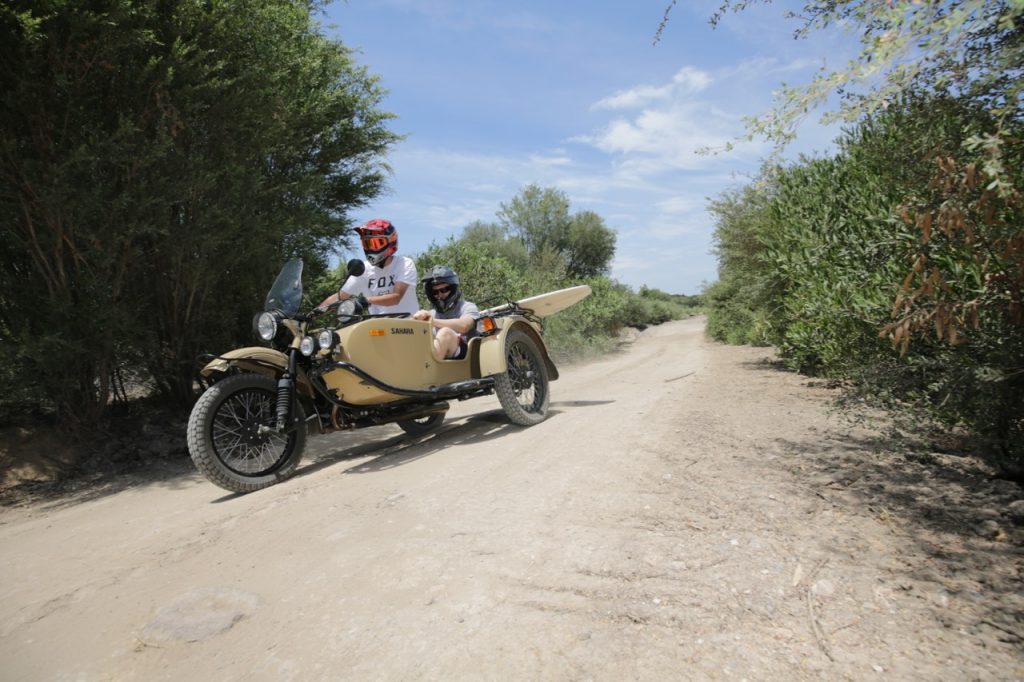 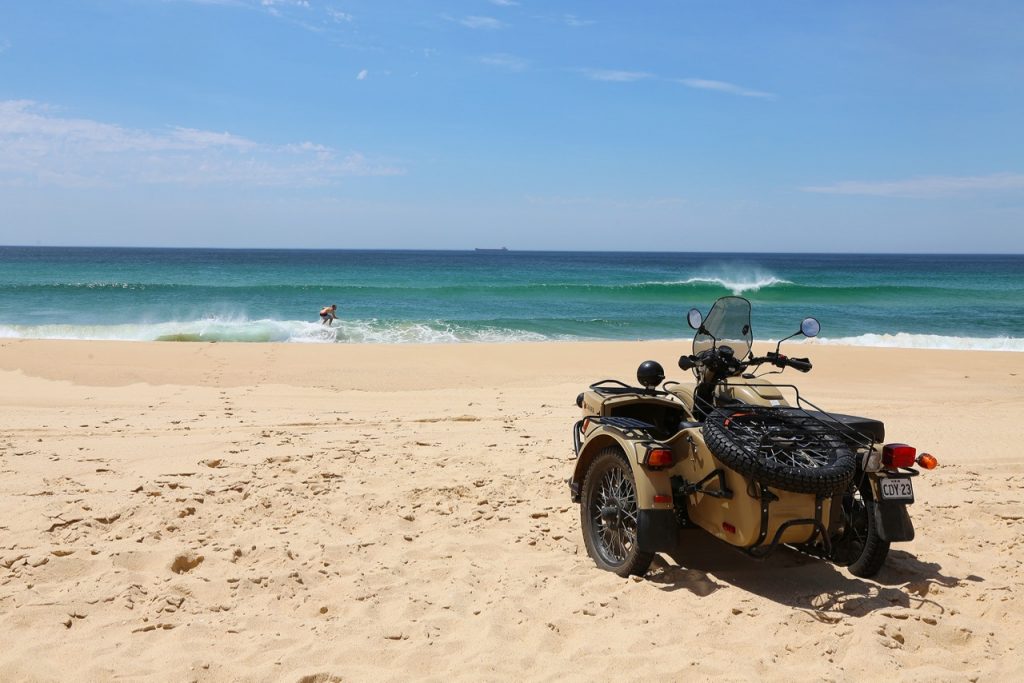 The bike has plenty of power for your average sidecar riders who want to cross rivers and mud, but the cookie cutter wheels aren’t great in sand. More surface area would help them stay on top of the sand rather than cut through it. Unbelievably the wheels are made in-house, just like most of the vehicle, including the tank (YouTube how they are made. It’s a trip back in time), so they’re as strong as an ox and we didn’t have any issues with buckled rims, but if you plan on ploughing through sand I’d consider a wider rim or at least a wider tyre.

The flat seat was comfortable but those who just want to absorb the scenery are best in the sidecar. I’m 188cm and while Olly was stressing about not flipping the sidecar or smashing it into parked cars I could comfortably stretch out. At one point I fell asleep! The seat is incredibly comfortable and you’re surrounded by carry racks and a boot so there’s plenty of room for storage.

The suspension was comfortable. It didn’t feel like it bottomed, and, being a three wheeled motorcycle, the Ural’s cornering and braking-bump performance is not the reason you’re buying this motorcycle, so it’s not something you’d need to touch. The rest of the aesthetics felt normal and comfortable, even the electric start produced no dramas and after pushing the Ural for what felt like kilometres through sand, it never overheated.

MOST FUN
If you’re looking for something different to take your other half for a spin on over the weekend, have a look into a Ural. Its off-road capability is far greater than you may think and it does it in much more comfort than the pillion seat of your café racer. There’s plenty of power on hand for a fully-loaded unit, and when I say fully-loaded I mean it, there’s more carry space than some small cars!

The Ural is still hand made in Russia, so the build quality is impressive. They’re a head-turner and I can guarantee it will be the talking point for bench racers every time you pull up to the pub.  There’s a nostalgic allure with the Ural. 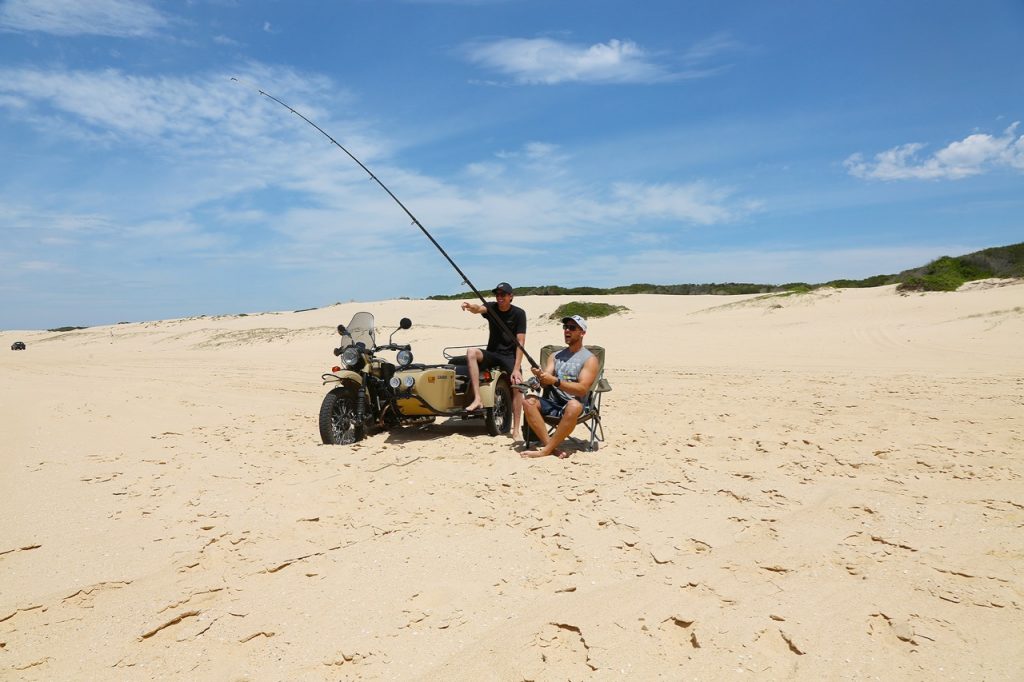