THE 2014-2017 KTM 350EXC has been a favourite among enduro riders and hasn’t come in for massive changes during its production run.

It doesn’t really need any and placed fourth in the enduro sales race last year behind Kato’s muscle-bound 500 and grunty 300 two-stroke.

Aussies obviously love big-bores but when it comes to the terrain most ride, we rarely actually need the power of the 500EXC-F except for the desert. The 350 is light and nimble while still powerful enough to make you pucker when you hit the throttle.

It is much easier to manage than a 450 or 500 which makes riding singletrack or techo sections much easier. I was lucky enough to live with a 350EXC-F long-termer for a few months in 2017 and really enjoyed the bike, never feeling like I needed more power.

In the early models, the 350 just felt like a faster 250 but as it has progressed it has begun to feel much more like a light 450. This is because the power has improved drastically but they still have the easy-to ride-nature of a 250.
The 350 engine is reliable. The plain-bearing crankshaft means that, with regular oil changes, the crank will generally last a lifetime. The valves and engine components are all good gear, and so is the clutch. The only issues I have seen relate to the fact that the 350 doesn’t agree with dust.

The stuff doesn’t damage the Del West valves but it does burn around the piston crown and will stick the compression ring in its groove, causing a loss of compression. This results in the bike becoming hard to start and eventually it will not start at all.

Fixing the damage means a teardown to clean out the ring groove. The solution for this is to clean the air filter after each ride and make sure it is sealed well.The chassis and suspension components are all good quality, although the WP fork has coped some criticism over the years. The Xplor 48 is too soft and lacks compression damping for racing but can be fixed if you are willing to splash some cash. There are kits available from RaceTech and Dal Soggio, which manufacture replacement inner cartridges or valving systems that drastically improves the performance. KTM has improved the fork on later models but the performance isn’t drastically better and the newer ones are still a little soft and spongey for racers.

The only other issue I have seen with the KTMs is fuel pumps cracking but these were fixed under warranty. If you are looking at a 350 second hand then make sure it starts and runs easily with no rattles. Check for a service history and even remove the air filter and make sure it is clean inside the filter, with no traces of dust. Then check all the bearings and brakes but pay special attention to the swingarm and shock bearings as these tend to wear out and can be expensive to replace. Technical Editor Mat Boyd 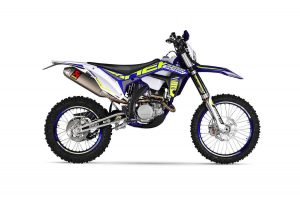 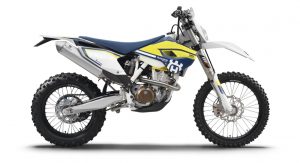 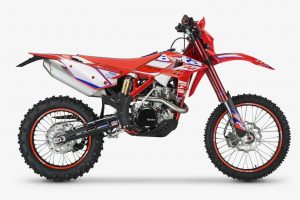 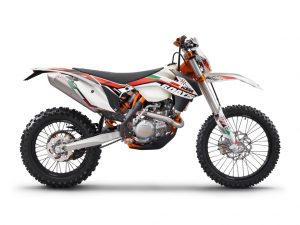